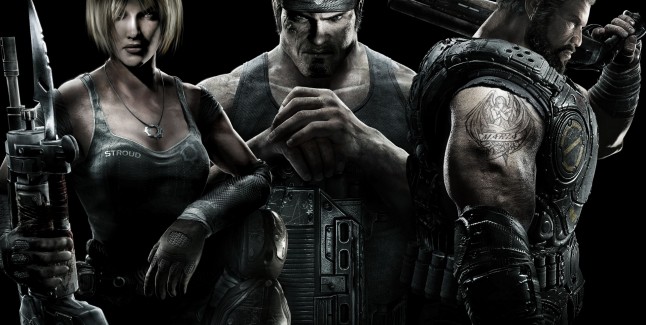 This Gears of War 3 preview gives a quick look at what can be expected from Epic Games’ upcoming FPS. Its due to be released on September 20th 2011, exclusively on Xbox 360.

The third installment in the Gears of War series, set eighteen months after the fall of Jacinto, sees the return of war-hero Marcus Fenix and the delta squad to continue the battle against the Locust. But a new danger threatens the human race and time is running out to save humanity!

Written by science fiction author Karen Traviss, the game is said to answer a lot of questions about the history of the world and what is really going on. Due for release on Xbox 360 on September 20th 2011, it looks like we still have some time to work up an appetite for Epic Games’ newest action-packed installment!

Step inside the workshop for this behind-the-scenes look at Gears of War 3 in this video!

New campaign gameplay footage highlights this updated and gory look at Gears of War 3 in this video documentary.

Or check out the ‘Ashes’ trailer here.

Key Features
Here is a list of key elements that will be available in Epic Games’ Gears of War 3 based on news and announcements made so far.

Silverback
The Silverback is a new mech suit that is fully controllable and armed with a machine gun and rocket launcher – a nice addition to any ensemble.

Four New Playable Characters
Players can now play as four new female characters including Anya Stroud, Samantha Byrne, Queen Myrrah and Mernadette Mataki. Jace Stratton (a soldier from the comic series) will also be playable as well as Griffin (leader of a group of human survivors.)

Beast Mode
Similar to the ‘Horde Mode’ from Gears 2, the new ‘Beast Mode’ in Gears 3 will have players fighting off hordes of COG as Locust creatures. Killing enemies will earn tokens for class upgrades; Tickers, Wretches, Drones, Boomers, Digger Boomers, Kantus, armored Kantus, Butchers and Berserkers have all been confirmed as available classes.

Four Player Co op
For the first time in the series, Gears of War will feature a four-player co-operative mode!

Eagerly anticipating the final chapter of the Gears Of War story? Don’t forget to leave a comment and share your opinion.