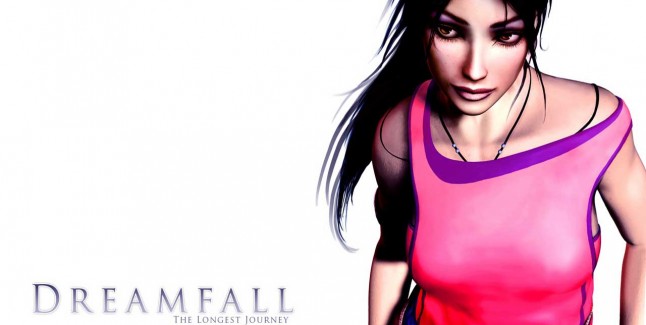 All of these choices from number 25 to 1 have well shaped characters, immersive story lines or something unique that really sets them apart from everything else. Each weekday a new game will be revealed until we reach #1.

Next at number 24 we have Funcom’s 2006 adventure game for the PC, Xbox, and Xbox 360, Dreamfall: The Longest Journey. Take a look at the cinematic trailer! 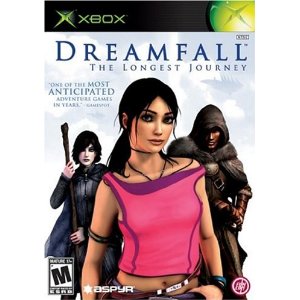 Dreamfall: The Longest journey is set ten years after its predecessor The Longest journey (released in 1999.) It follows characters Zoe Castillo, Kian Alvane and April Ryan – the main protagonist of the first game, in a story that deals with parallel worlds! Dreamfall is an effortless blend of futuristic sci-fi and nomadic fantasy. It really explores the adventure genre!

Unfortunately, it hasn’t aged well in some areas. Compared to modern titles Dreamfall feels somewhat restricted in both the animation and level design. However, the Gameplay was sound with new combat and stealth elements integrated, resulting in general success.

What makes this game is a well-woven story.

It looks at a variety of themes such as religion, politics and power in these twin-worlds, whilst adding elements of the supernatural, technology and fantasy! The visuals reflect this unique title well by using rich imagery full of life and vibrancy. Combine this with wonderful voice-acting, quirky dialogue, and characters that are not only believable but likable and you have the makings of a true gem.

Winner of a ‘Game of The Year Award’ the epic Dreamfall-adventure should not be missed hence its listing in our Top 25 Must Play Videogames! Now available for download on the Xbox 360, you too can experience the adventure!

Did you know: Dreamfall: The Longest Journey is full of subtle cultural references; for example Wonkers the mechanical Gorilla is voiced by Jack Angel a.k.a. the voice of Teddy in Stephen Spielberg’s A.I.