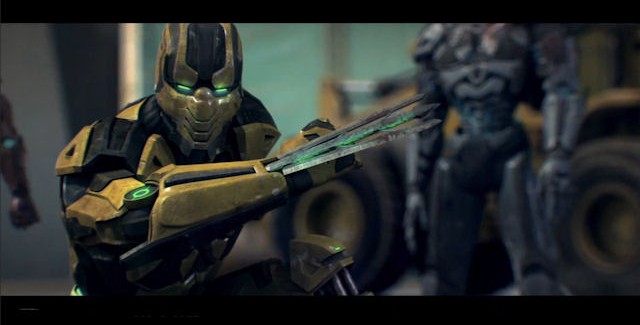 The Mortal Kombat Legacy Episode 9, the Season 1 Finale, hit Comic-Con 2011 and now the net, and we it posted below for you to watch. Cyrax & Sektor make their debut in part 9!

Mortal Kombat fans will be happy to know that there are plans for an uncensored DVD and Blu-ray release of Mortal Kombat: Legacy Season 1. While there’s no set release date for it, it will have special features like extra long episode footage and fight rehearsals.

Episode 9: Cyrax and Sektor
Cyrax and Sektor are chosen to be the future of the Lin Kuei by the Grand Master, but Cyrax is less than enthusiastic about giving his life over to a cybernetic transformation that will erase his memories and turn him into the ultimate fighting machine. When he discovers that the cyborg he is fighting seems closely familiar, Sektor must keep Cyrax focused on destroying Hydro, and not himself or their future…

Here’s the previous two-parter about Scorpion & Sub-Zero in case you missed them.

Episode 7: Scorpion and Sub Zero (Part 1)
Hanzo Hasashi, better known as the warrior Scorpion, is summoned to meet with the Shogun of Kumamoto Castle. While traveling, the fearless General of the Shirai Ryu clan encounters his mortal enemy, Sub-Zero. Scorpion realizes too late that this trap has led him away from his village and family, leaving them without means to defend themselves. He knows that he must defeat Sub-Zero and return to his village before it is too late.

Episode 8: Scorpion and Sub Zero (Part 2)
With the Shirai Ryu clan murdered by the hands of Sub-Zero and the Lin Kuei, Hanzo Hasashi has failed to protect his village. With his eternal soul destined to rot in the depths of hell, he is visited by a mysterious sorcerer. Will vengeance be enough to get Scorpion to enter the Mortal Kombat Tournament?

Series Description:
Mortal Kombat: Legacy brings to life the complex and rich history of the gaming world of MORTAL KOMBAT. Shao Kahn and Shang Tsung are obsessed with reigning over various realms (parallel universes) and the winners of Mortal Kombat competitions are granted supreme control over these worlds. The Earthrealm (Earth) is an unconscious participant in this competition and only a few select humans understand the consequences of losing Mortal Kombat and what it will mean to Earth. In a universe with powerful evil sorcerers, cyborgs, Gods and movie stars, this Mortal Kombat digital media series drives a cohesive understanding of what this Universe is all about.