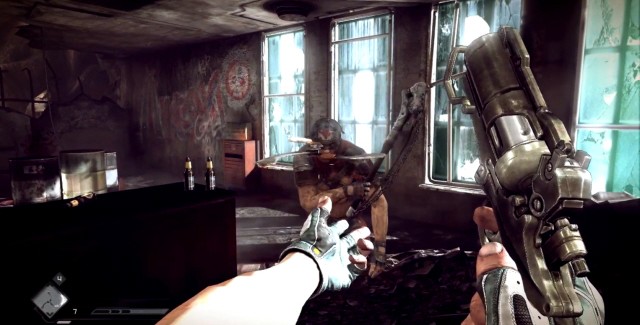 Many Rage weapons are featured in the third Rage behind-the-scenes documentary that focuses on the Weapons of Rage and is aptly titled “The Arsenal”.

This featurette shows off the many different types of weapons that you will have at your disposal throughout the desolate world of Rage, and how you can go about building and creating new weapons, and making use of the tools given to you how you see fit.

Highlighted in this video is the classic Shotgun (it’s an id game after all), the Crossbow, and a very unique weapon known as the “Wingstick”, which is a large boomerang like throwing star with realistic physics. If you throw it right you can lob the head clean off your enemy and you can quickly and accurately throw them to take down foes quickly or interact with the world from a distance.

The video also gives you an in-depth look at the Engineering Items in the game. You can build these if you have the right parts, and can build them anywhere in the world. These get much more complex as you progress through the game.

Rage offers various Gadgets, a host of Weapons, and a number of Ammo Types that promise that the player frequently has something new to play with. The world of Rage is about survival and how you want to use the tools given to you in order to survive and this documentary goes a long way toward driving that point home.

Here is Rage: The Arsenal.