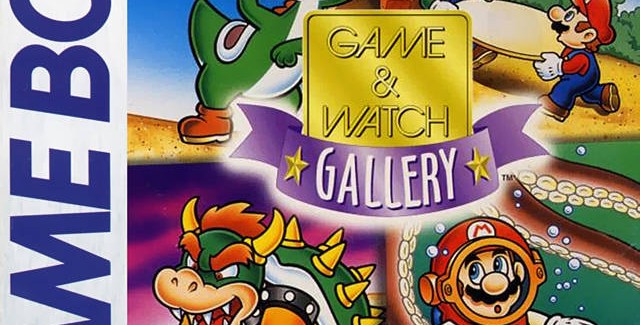 This week’s 3DS eShop games are:

• Baseball (Game Boy, Nintendo, $2.99)
Description: Strategy, skill, and determination – it takes all three to win at Baseball! Re-live the glory of this 1989 Game Boy classic. As the pitching team, deliver a series of fastballs while adjusting curve and speed, but be careful not to wear out your pitcher. If the batter connects, your outfield or infield will back you up. As the batting team, shift your batter on the home plate and time each swing at the incoming ball. Try to safely reach the next base, or swing for a home run. (For Nintendo 3DS)

• Extreme Hangman 2 (Gamelion Studios, 200 DSi Points/$1.99)
Description: If you guess the word correctly, the hangman lives. If you guess wrong, the hangman dies. You’re only allowed a limited number of misses, so guess carefully. (For Nintendo 3DS / Nintendo DSi)

• Puzzle Fever (Korner Entertainment, 500 DSi Points/$4.99)
Description: Puzzle Fever is a true test of skill for puzzle game fans, challenging players in a race to prove their mental agility. Each puzzle consists of pieces that must be fitted together on a board. There is only one possible way for players to fill in the board’s gaps with the pieces they select. The premise is simple, but the fun is nearly endless. (For Nintendo 3DS / Nintendo DSi)

• Just SING! 80s Collection (dtp Young Entertainment, 500 DSi Points/$4.99)
Description: The ‘80s are back and you’re a star. Grab your Nintendo DSi system and have some karaoke fun. Expect all the cult hits of the era, including “Like a Virgin,” “Take On Me,” “Never Gonna Give You Up” and “The Heat Is On.” Style your avatar with a classic ’80s look and take the stage. Can you keep to the beat and hit all the notes? Perform the biggest party hits of the ’80s and experience a musical blast from the past. (For Nintendo 3DS / Nintendo DSi)

• Super E.D.F. Earth Defense Force (SNES, Jaleco, 800 Wii Points)
Description: This is the shooter to end all shooters! The year is 20XX. An armada of the alien Azyma Empire has descended upon Earth to destroy it. The Earth’s only hope lies in its newest combat spaceship, “XA-1”, with its revolutionary ability to learn and develop itself through combat, without requiring any special items. The ship is outfitted with a wide range of devastating weapons, along with two detachable satellites to protect and support you. Take the ship out and destroy the Azyma invaders! (For Wii)