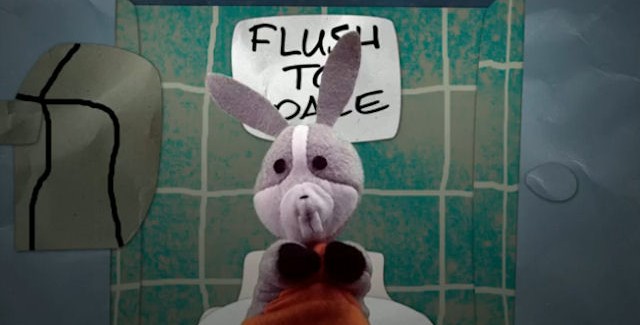 What happens when you mix Star Fox characters with live-action puppets? Hilarity?

Well you can be the judge with this funny Star Fox musical called Star Fox: Space Oddity.

Personally I want my three minutes back, but that may just be me. In more serious news, Star Fox 64 3D for 3DS is Nintendo’s next big first-party title. And in a new Japanese Iwata Asks interview, they talk with Dylan Cuthbert, president of Kyoto-based Q Games who is most well known as the British programmer for Star Fox, the one who helped create the nifty polygonal 3D graphics. He first worked at Star Fox developer Argonauts, and later formed Q Games.

Turns out he is also the guy who taught Shigeru Miyamoto how to speak English as revealed in the Star Fox 64 3D Japanese Iwata Asks interview. He joined the Nintendo family at 18 years old when he came to Japan to demonstrate to Nintendo a 3D engine he programmed using the original Game Boy hardware. Nintendo was so wowed that immediately 30 people surrounded him. And the rest is history!

Q Games is most well known for creating the PixelJunk series of PSN games. They also worked on Blasto for PS1, Digidrive for GBA (part of the “Bit Generations” series), Star Fox Command for DS, and the DSi titles Trajectile (Reflect Missile in the EU), a Peggle-like puzzle game that uses the stylus, Starship Defense (Starship Patrol in EU), a Tower Defense title and X-Scape (3D Space Tank in EU), a modern sequel to the classic Dylan Cuthbert Game Boy title called “X”.

Q Games also still works on technology for various companies, and developed the XMB (CrossMediaBar) user-interface for the PS3 and PSP.