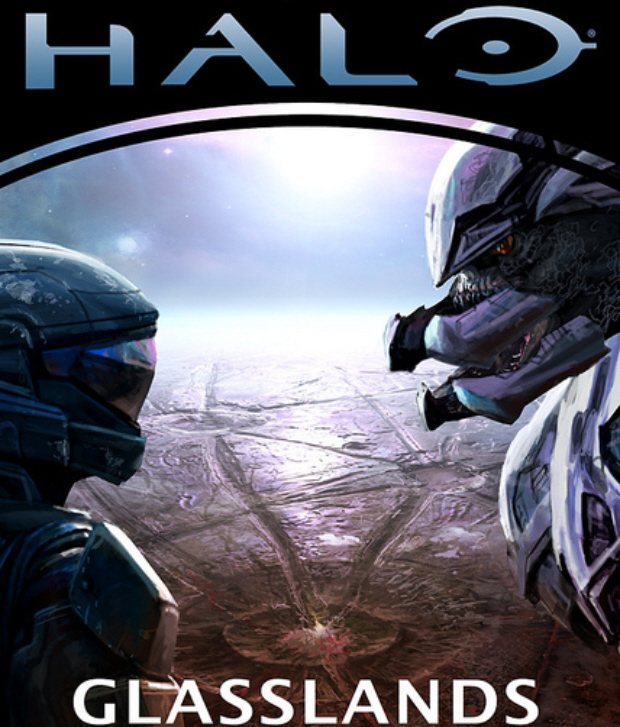 Halo Glasslands, a novel based on the Halo series by author Karen Traviss, has been announced by Tor Books Publishing. Glasslands will be released on October 25th, 2011.

Glasslands is the beginning of an all-new trilogy in the science fiction series; exploring the Halo Universe anew in the wake of the events of Halo 3 and will follow-up on the events and characters from the Halo: Ghosts of Onyx book by Eric Nylund.

An unabridged audiobook edition of Glasslands will be published simultaneously with Glasslands paperback debut.

Halo novels published by Tor have sold over a million combined copies to date, and the entire Halo catalogue is now available in mass market paperback from Tor.

#1 New York Times best-selling author Karen Traviss has received critical acclaim and award nominations for her Wess’har series, as well as regularly hitting the bestseller lists with her Star Wars and Gears of War novels. Her first foray into the Halo Universe came with “Human Weakness,” a short story from Fall 2009’s New York Times bestselling “Halo: Evolutions” anthology that introduced her to millions of new Halo fans. A former defense correspondent and TV and newspaper journalist, she lives in Wiltshire, England.

“HALO is one of the grandest, most epic science fiction stories ever told, across media,” says Tom Doherty, President and Publisher of Tor Books. “The Halo novels are one of the most popular and well-loved genre series published this century, and we’re thrilled to have Karen to continue that grand tradition.”

“Although Karen’s novel deals with the characters and events from ‘Ghosts of Onyx,’ it’s the wonderful new characters and scenarios that she brings so vividly to life that will excite Halo fiction fans,” says Frank O’Connor, Franchise Development Director for 343 Industries. “We get an incredible opportunity to explore the Halo universe in the aftermath of the Covenant war, and unveil some mysteries and storylines that will connect readers to a compelling corner of the Halo universe. I can’t wait for readers to enjoy this book as much as we have.”