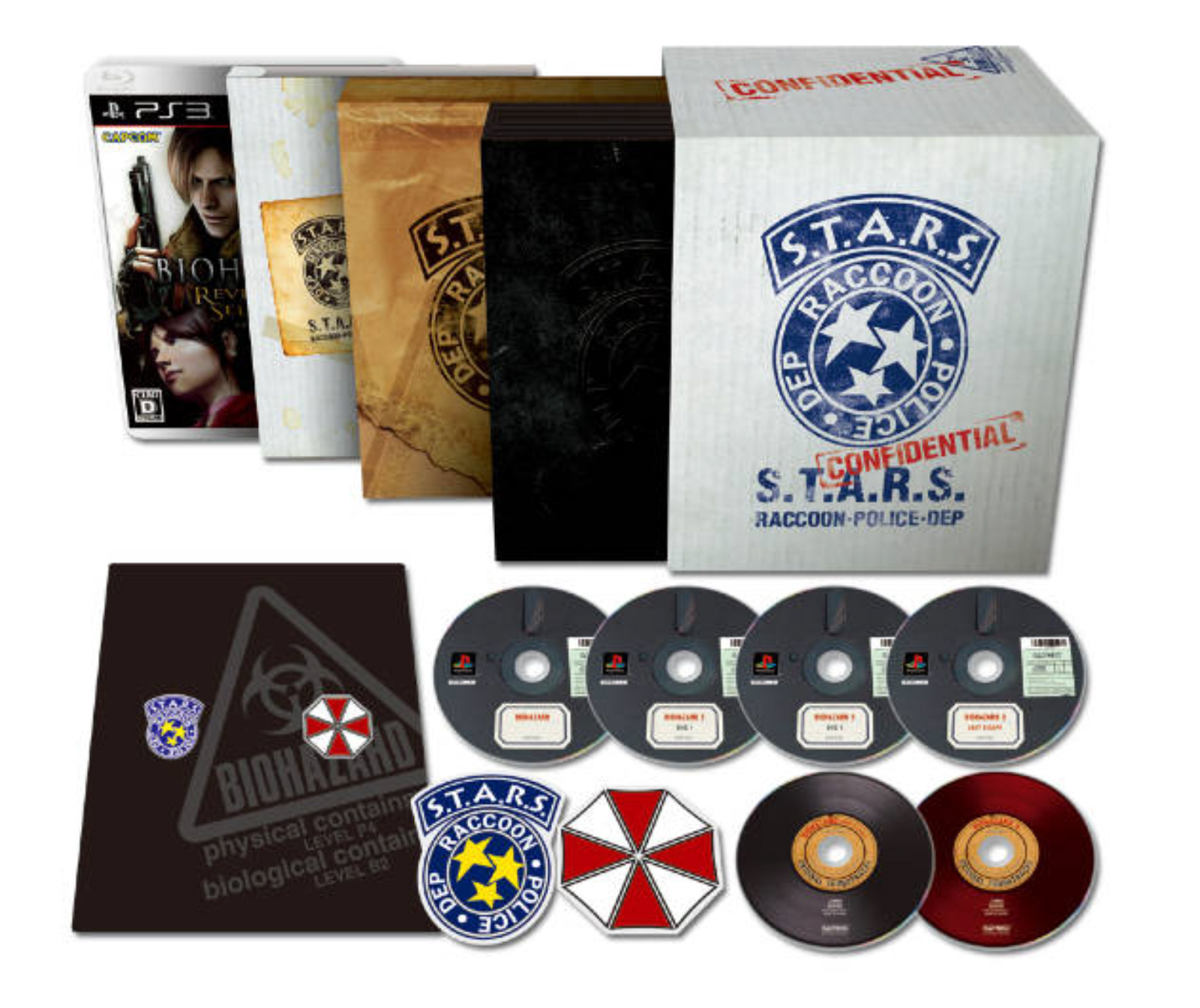 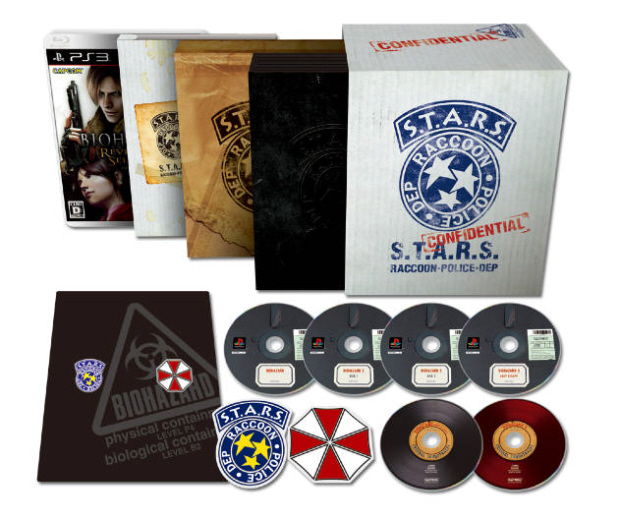 A Resident Evil Collection is being released in Japan known as the “Resident Evil 15th Anniversary Box” (or rather “Biohazard Box”) exclusively for PS3 via the e-Capcom online store shop.

In addition you get the following extras:

The soundtrack CDs are the same as those that were included as bonus Cds for the Resident Evil: Code Veronica/Resident Evil 4 PS2 Value Pack.

It’s also important to note that RE’s 1,2 and 3 ship on PSOne executable disc, and include a special design unique to this set.

I wouldn’t bank on it, but remember that the PS3 is region-free, meaning you can import this set and play the games just fine on your PS3! Woot woot!

I may spring for this thing…. I loves me some box sets! Buy the Resident Evil collection 15th anniversary set at the e-Capcom Japanese store.

Now when the heck are we gonna hear about Resident Evil 6?