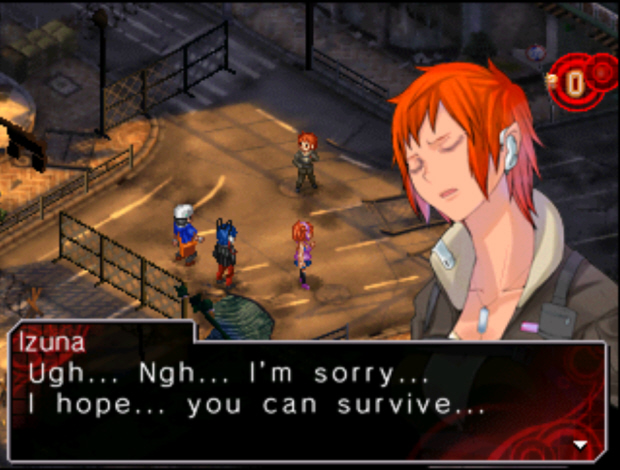 The game marks the first full-scale RPG to be released for the new stereoscopic 3D handheld, a fact that Atlus is banking on to help the title sell to RPG-starved 3DS owners. And in a rare treat, America will get the game first before any other region.

Devil Survivor Overclocked offers the “perfect blend of pure JRPG action, deep but accessible strategy, and a dark tale of survival in a city crippled by a supernatural lockdown”. In a rare treat for North American gamers, Devil Survivor Overclocked releases in their region before any other, even Japan, giving them first access to the SMT series’ debut on Nintendo 3DS.

Here is a new trailer for the title, which is a remake of the previous Devil Survivor released for the DS in 2009.

The trailer shows off the game’s unique tone: where the protagonists aren’t on some grand quest to save the world, but rather in a desperate fight for survival amidst martial law in the suddenly demon-infested streets of Tokyo.

The new 3DS version takes advantage of the power of the 3DS to add full voice overs for nearly every line of dialog, remastered high-definition graphics, and all-new story elements with an added 8th Day, giving fans a new chapter to explore.