Home » News » DS News » Zelda: Four Swords Adventures NOT coming to DSiWare. Free game is GBA version from Link to the Past port

Zelda: Four Swords Adventures NOT coming to DSiWare. Free game is GBA version from Link to the Past port 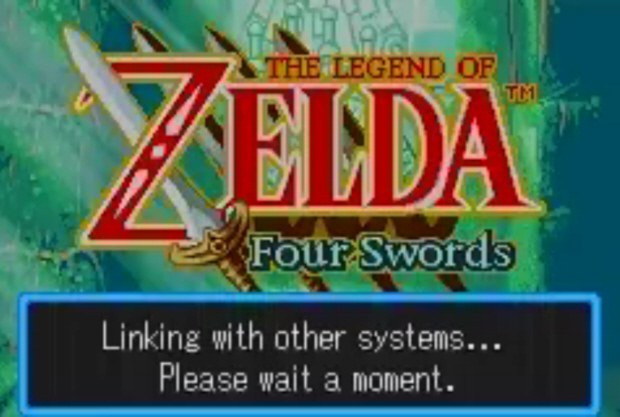 The Legend of Zelda: Four Swords will be released as a free September 2011 DSiWare title Nintendo announced during their Pre-E3 2011 Press Conference.

However, even though they called the game simply “Four Swords”, some people were wondering if the free DSiWare title would be the 2004 GameCube version entitled “Four Swords Adventures”, or the multiplayer portion of the 2003 Game Boy Advance re-release of Zelda: A Link to the Past.

As many expected, the DSiWare release will be the GBA Four Swords, NOT the GameCube version.

It remains to be seen if Nintendo will add any updates to this version, such as spiffier graphics, but considering it is on the regular DSi and not 3DS, don’t hold your breath. Hopefully Nintendo WILL add online play. As that’d be a major setback if it lacked online play, given that many people don’t know others with a DSi system… Online play should still be included even though the games were meant to be played with your buddies in the same room.

Four Swords is being given for free as part of the Zelda 25th Anniversary, which also includes Zelda: Ocarina of Time 3D, The Legend of Zelda: Link’s Awakening DX 3DS Virtual Console release, the upcoming Zelda: Skyward Sword for Wii, two upcoming soundtrack CDs (the Ocarina of Time 3D soundtrack being a Club Nintendo bonus for those who register their game immediatly after release) and an upcoming worldwide Zelda symphony orchestra.

Did you ever play Four Swords?

Here is a video of the original Four Swords in action (via emulation).