The Legend of Zelda: Ocarina of Time Songs Locations Guide. How to find all 13 Ocarina song locations 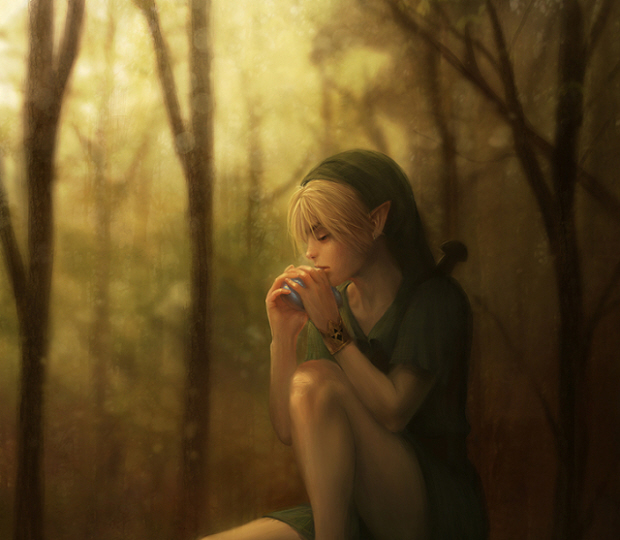 The Legend of Zelda: Ocarina of Time features 12 songs that you can learn to play on the Ocarina (plus an 13th hidden song). These great melodies are full of power and mystery, and are required throughout the game to effect certain changes and allow Link to progress further in the story.

There are 6 songs that you learn as Young Link, and 6 that you learn as Adult Link, and the songs can be played on either the Fairy Ocarina instrument or the Ocarina of Time instrument (which replaces the Fairy Ocarina once you receive it). There is also one hidden song that you can learn which does not appear on the subscreen that shows the list of songs you have learned, you’ll need to keep it in memory.

Here is a list of all the songs and how to get them:

Location: Hyrule Castle (Given to you by Impa, Princess Zelda’s Attendant)
A mystical song passed down by the Royal Family of Hyrule, this song is taught to you by Imp the first time you meet her at Hyrule Castle after sneaking in. You can play Zelda’s Lullaby to prove that you are lineage of the Royal Family, and you will be required to play the song whenever you see a Triforce symbol (on the floor or wall, for example).

You can also use Zelda’s Lullaby to make some other nifty things happen, such as fixing broken wooden signs that you’ve slashed, making Fairy’s appear at points where Navi turns green, and changes the water level of the Water Temple.

Here is how you receive the song in the game, including how to break into the Castle and get passed the guards.

Epona’s Song is used to summon your faithful steed, the horse Epona, when you obtain her as an adult. Playing the song will make Epona immediately come to you. You can also play the song near a cow to receive a free bottle of Lon Lon Milk!

This video shows you exactly how to learn Epona’s Song in Ocarina of Time!

Location: Sacred Forest Meadow (Taught by Saria)
This upbeat tune of the forest is given to you by Saria, whom you’ll need to go meet in order to progress beyond Goron City. Saria’s Song is King Darunia’s favorite tune, and you’ll be required to play it for him in order to get him out of his funk.

You learn Saria’s Song by heading to the Sacred Forest Meadow found deep in the Lost Woods and following the sound of the music. Once you reach the end of the Meadow, you’ll find Saria sitting on a stump and she will teach you this song.

Saria’s Song gives you the ability to speak to Saria telepathically by playing her song. She will then give you a tip on where you need to go next to proceed. If you say no to talking to Saria when you’ve played the song, you can speak to Navi instead and she too will give you a hint on where to go. Saria’s Song will also be used in a couple of other spots, keep in mind that the song represents the forest, and will always need to be played because of its connection to either Saria or the lifegiving forest.

Here is exactly how to learn Saria’s Song in Zelda: Ocarina of Time.

Playing the Sun’s Song allows you to turn night into day or day into night. This makes the game much easier and will make your quest to find the Gold Skulltalas a heck of a lot easier as well (since they only pop out at night). The Sun’s Song can also be used to stun certain enemies (ReDead and Gibdo) or sometimes to make a Fairy appear when Navi turns green, as well as in a couple more situations.

This song allows you to make the sun rise and set (taking you to 00:00 or 18:00 hours). This becomes very helpful for many side quests that are time dependant.

There’s two other cool things you can do with this song You can use it to stun any undead enemies (ReDeads and Gibdos) which lasts a pretty long time or until you harm them. The other use is to play it when you see Navi turn green on an inconspicuous place, which sometimes has a Fairy.

This song is found in the Royal Family’s Tomb in the Kakariko Graveyard.

The latter portion of this video shows you how to find and get the Sun’s Song.

Location: Outside Hyrule Castle (Moat)
One of the most mysterious tunes in the game, the Song of Time is taught to you by Princess Zelda, albeit in dream form, once you grab the Ocarina of Time after obtaining all three Spiritual Stones and going to Hyrule Castle. At this point you’ll see a sequence involving Ganondorf and Zelda, where she throws the something in the moat. Grabbing the Ocarina of Time from the water will take you to the sequence where you will learn the song.

The Song of Time is required to open the Door of Time at the Temple of Time after you have found all three Spiritual Stones, You can also use it to make “Time Blocks” appear and disappear, these are Blue Blocks that have the symbol of the Door of Time on them.

This video shows you how to learn the Song of Time.

The primary function of the Song of Storms is to make it rain, which reveals hidden holes that are scattered about Hyrule. You can also use it to make fairy’s appear at certain points where Navi turns green and a couple of other things.

This video shows you how to get the Song of Storms in Ocarina of Time.

Location: Lake Hylia
This is a hidden song that is not required to get to beat the game, but allows you to reach some Gold Skulltulas that are otherwise unreachable, and allows you to more easily get Heart Pieces and take shortcuts. To learn the song, head to Lake Hylia as young Link and head to the small fields of dirt. Speak to the scarecrow named “Bonooru” and then take your your Ocarina. Now play a custom tune. Make sure it is something easy that you won’t forget. Now return here in the future as Adult Link and play the song to Bonooru, this will allow you to summon his friend, the wandering Scarecrow Pierre. Once summoned, you can hook onto Pierre using the Hookshot or Longshot, allowing you to easily reach higher up areas that aren’t normally accessible. You will know when Pierre can be summoned by Navi flying to a higher location and turning green. This is a clue to play the Scarecrow’s Song so you can get up there.

This video shows you how to earn the Scarecrow’s Song.

Location: Temple of Time
The Prelude of Light is one of the most important songs in Ocarina of Time, as it allows you to teleport directly to the Temple of Time from which you can revert back to childhood or go from Kid Link to Adult Link. Sheik teaches you the song after you re-enter the Temple of Time and go through the Door of Time after you have already been turned into an Adult for the first time.

This video shows you how to learn the Prelude of Light.

Here is the Minuet of Forest.

This video shows you how to learn the Bolero of Fire.

Location: Lake Hylia
The Serenade of Water is taught to you by Sheik when you go to Lake Hylia after visiting Zora’s Domain. This song allows you to quickly and easily teleport to Lake Hylia from anywhere.

This video shows you how to learn the Serenade of Water.

Location: Desert Collossus
The Requiem of Spirit is the final song taught to you in The Legend of Zelda: Ocarina of Time and is the 6th official Warp Song. This song is taught to you by Shiek upon entering the Desert Colossus, it allows you to teleport directly to the Desert right outside the Spirit Temple. This allows you to quickly and easily reach the Spirit Temple at anytime (it is the only way you can get there as Young Link), and easily allows you to access Gerudo Valley from there.

Tags: The Legend of Zelda: Ocarina of Time