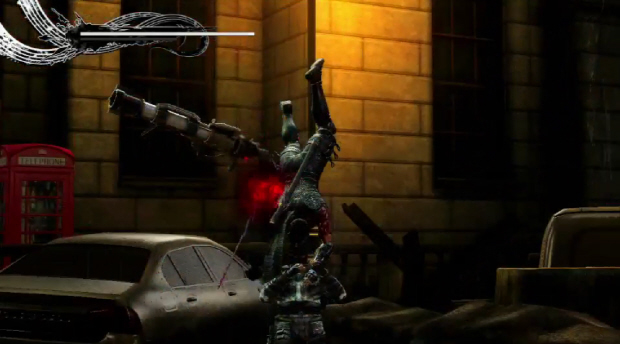 Ninja Gaiden 3 is officially titled Razor’s Edge, as announced at E3 2011, and has one catchphrase that sums the whole game up in a nutshell: Steel Meets Bone.

And which is greater? The sword or the flesh? You already know who wins that fight.

Ninja Gaiden 3 is the first title in the series to be developed by Team Ninja but absent Xbox Ninja Gaiden developer and creator Tomonobu Itagaki, but its looking like the series has lost none of its luster in the transition.

Ninja Gaiden 3: Razor’s Edge promises to be bloodier, gorier, more visceral and maybe even harder than any previous games in the series, which is no small feat. And how do you make a game even more hectic and visceral than that of Ninja Gaiden 2? By adding in the concept of “Steel Meets Bone”, of course! And that concept perfectly explains what makes this game unique.

“Steel Meets Bone” is what happens when you cut through a foe (natch), and the developers wanted you to feel the weapon in a way that wasn’t done previously. To that end, they wanted to make it feel as if you had to give an extra push in order to slash the blade through the rest of the flesh and bone of your enemies. To do this, they added QuickTime Events where context-sensitive button presses will need to be pressed as the camera zooms in to your sword cutting through your foe. You’ll need to successfully press the button in order to push the blade through and create a clean cut. 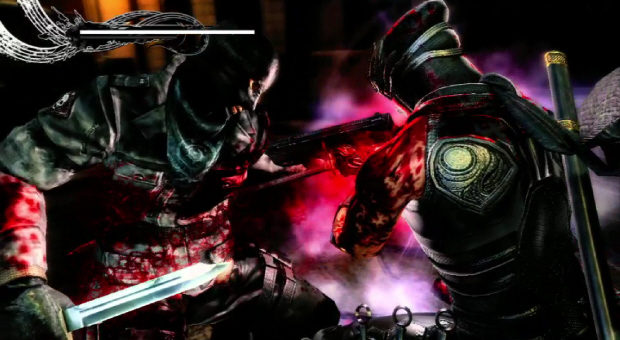 As you can imagine, this is a bloody business, so blood will spew forth from your opponents in gushing quantities as you cut them down, and blood will continuously splash onto your character and onto his arms, which fuels his cursed right arm with the blood it craves.

In addition to QTE (QuickTime Events) being used for hacking-and-slashing, they will also come into play in other situations where you will need to make quick button presses to survive. Enemies also will scream in pain or beg Ryu not to kill them, and talk in more realistic ways as you fight them.

Additional gameplay elements will involve “Kunai Climbs”, where Ryu will need to climb using his Kunais, and attack enemies above him. Stealth elements will also come into play for the first time, where players will need to avoid detection and take enemies out in a single blow by sneaking up properly and assassinating them.

The Dash Move has been replaced with a new Slide maneuver which Ryu can use to increase his speed and slide through small gaps, and the Ultimate Technique has been replaced with Ryu’s cursed arm which now craves the blood of fallen foes. Killing enough of them with QTE will allow you to absorb the blood into his Cursed Arm and then perform an Ultimate Technique (an extremely powerful attack).

Much more information can be gleaned from this stage demo and interview of Ninja Gaiden 3 from E3 2011.

Additionally, instead of buying weapons at the store ran by Muramasa and saving at Statues, Ryu will now upgrade his weapons over time and save using a falcon that flies onto his arm, allowing you to heal and revive your health as well. The storyline in the game will promises to dive deeper into Ryu himself and will reveal more about who Ryu is and focus on developing his character. Something the developers felt the previous games were lacking.

Perhaps the biggest addition of all is a brand new multiplayer mode, which allows up to 8 players to battle in both cooperative and competitive modes! Sadly these modes were not shown off at E3 2011.

Last but not least, here is the official E3 2011 trailer for Ninja Gaiden 3: Razor’s Edge which releases in early 2012 for Wii U, Xbox 360 and PS3. A Ninja Gaiden 3DS was also once under development, but the project may or may not still be alive.

What do you think of Ninja Gaiden 3: Razor’s Edge so far? And what about that subtitle eh? Do you like the Steel Meets Bone focus and QTE, or do you feel they are ruining the experience?