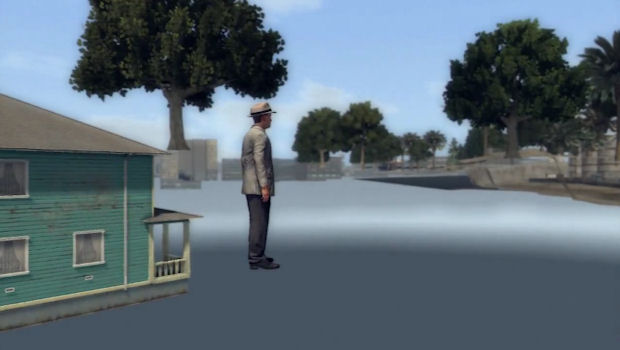 Here’s a list of LA Noire secrets to find easter eggs, glitches and other tips for this epic Xbox 360 and PS3 game.

You can find Red Dead Redemption’s John Marston cowboy hat in LA Noire’s “The Silk Stocking Murder” Case. Follow the long blood trail leading onto the roof, and examine the dead body to find all the clues, you’ll then be back in your car. Instead of driving away, turn around and walk into the alley behind you where there’s a trash can with said cowboy hat in it!

Two and a Half Men easter egg:

The actor who plays Alan Harper on Two and a Half Men (Jon Cryer) has a little cameo in LA Noire where he dresses and acts very similar to his comedy TV show persona.

Here’s a glitch on how to get out and under the map on LA Noire. It’s very easy to do with a simply walk/run along the hill, and you should go right through it and out the map. You can perform this glitch on the edge of the map near 9th Street, to the left of Central Division 1, where Green Avenue & Columbia Avenue end. You basically end up running straight into the hill and that’s when the game breaks.

Tips for when you’re chasing suspects:

* To make chase scenes easier, whether they are on foot or in a vehicle, hold the B button on your Xbox 360 controller (Circle on PS3) to keep an eye on the suspect.

* Suspects on foot can be tackled when you get near them by pressing the A button repeatedly on Xbox 360 (X on PS3).

* Suspects in a car can be slowed down by pulling up alongside the driver and have your partner fire at their tire. Alternatively, slamming your car into their rear wheel will take them out faster, because their car will spin out of control like in the movies hehe.

* Alcohol bottles and cigarettes are not clues, so ignore them on crime scenes to speed things up. They are actually everywhere to throw you off the real clues.

* Cole Phelps will tell you through his dialog whether or not the item you’re investigating is important to the case. So pay attention to what he says for clues.

Do you know any other LA Noire easter eggs or secrets? Please comment!