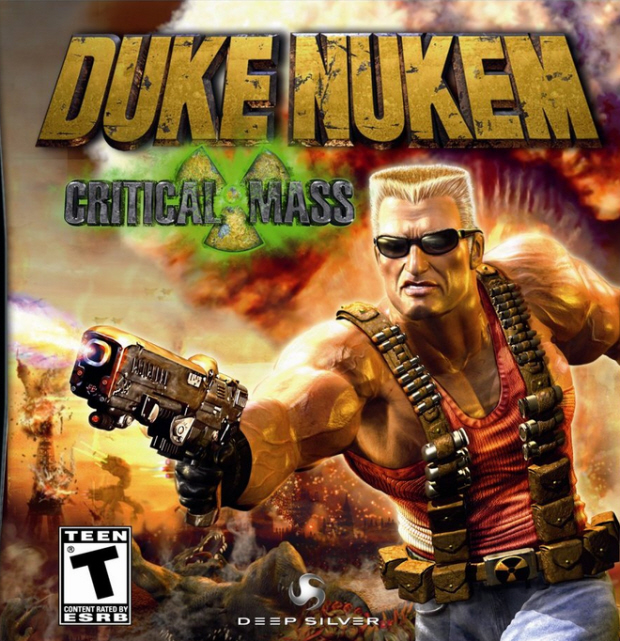 Duke Nukem: Critical Mass has already been released in Europe, and now American gamers can get in on the action. The game will be released for the Nintendo DS in North America on May 25th announced Apogee Software.

“The King of Action is back and ready to kick some ass! Duke’s original nemesis, Proton, is back and has unified all those who have opposed Duke in the past. The Earth Defense Force attempts to ensure the Earth’s continued security by transporting Duke into the future. Ironically, just moments after Duke’s departure, Proton launches a devastating attack on Earth!

Get the full Duke experience as you guide him through a world invaded by aliens. Save earth and of course all babes with blazing guns….or sometimes just a well placed kick of your mighty boot.”

Here is the official trailer for Duke Nukem: Critical Mass.

Originally this game was also scheduled for PSP, but that version seems to have disappeared into the ether…