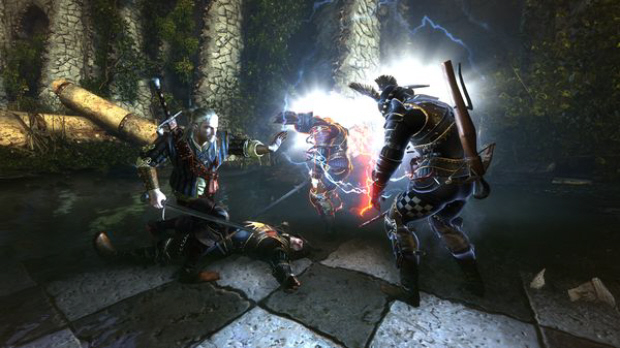 Our The Witcher 2 Steam Achievements guide that lists every Achievement for this action RPG from CDProjekt and shows you how to unlock some of them.

Add to your bragging rights by obtaining these Achievements on Valve’s Steam service. Compare with your friends and see how much of the community has also earned particular Achievements from the same games.

22. Librarian – Find all additional information about the insane asylum’s history.

23. Madman – Finish the game while playing at the Insane difficulty level.

24. Man of the Shadows – Successfully sneak through Loredo’s garden and find the component of the kayran trap.

25. Master Alchemist – Acquire the Mutant ability.
26. Master of Magic – Acquire the Sense of Magic ability.
27. Miser – Collect 10000 orens.
28. Mutant! – Enhance abilities using mutagens at least five times.
29. Necromancer – Relive all of Auckes’s memories in Dethmold’s vision.
30. Oh My God! – You Killed the Kayran! You Bastards! — Kill the kayran.
31. Old Friends – Finish the game by sparing Letho.
32. Once Ain’t Enough – Reach the Epilogue of the game.
33. Perfectionist – Kill 10 foes in a row without losing any Vitality.
34. Pest Control – Finish all quests involing the destruction of monster nests.
35. Poker! – Roll five-of-a-kind at dice poker.
36. Reasons of State – Stop Roche from killing Henselt.
37. Ricochet – Kill a foe by deflecting his own arrow at him.
38. Sensitive Guy – Save síle from dying in the unstable portal.
39. Spellbreaker – Help Iorveth find the dagger needed to free Saskia from the spell that holds her.
40. Swordmaster – Acquire the Combat Acumen ability.
41. Taster – Drink one potion.
42. The Butcher of Blaviken – Kill 500 foes.
43. The Fugitive – Finish the Prologue.
44. Threesome – Kill three foes at once by performing a group finisher.
45. To Aedirn! – Complete chapter 1.
46. To Be Continued… – Finish the game at any difficulty level.
47. Torn Asunder! – Kill more than one opponent using a single exploding bomb.
48. Tourist – Tour the camp with Zyvik.
49. Trollslayer – Kill all the trolls in the game.
50. Witch Hunter – Leave síle to die in the unstable portal.

Unlocking guide tips and videos coming soon. We’ll update once more info is available. If you have any tips leave them in the comments and we’ll add them to our guide and give you credit!

Tags: The Witcher 2: Assassin’s of Kings