Lego Pirates of the Caribbean Review 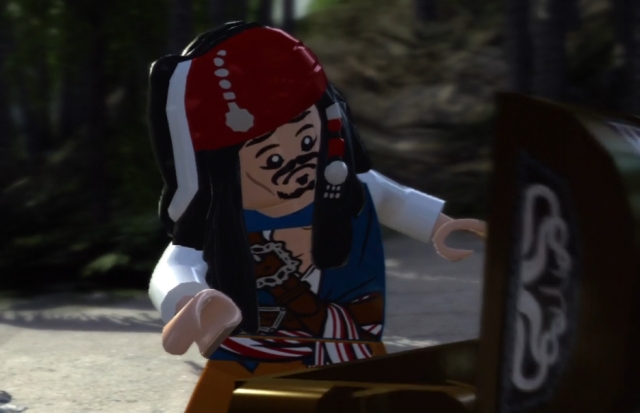 Yo ho ho and a bottle of rum, Lego Pirates of the Caribbean has finally docked and we can begin the scurvy job of reviewing this tyrant of the seven seas, I’ll take a look at the game and all its features in this review so hoist the main sail and lets begin.

Pirates of the Caribbean is similar to previous Lego games in the series. The game will use the same two player drop in drop out co-op mechanics, used in all the Lego games.

There will be 20 story levels in the whole game, for 5 levels in each movie. Players will collect Lego studs, which have been the Lego games currency used in every Lego game. Like other titles, these studs will be used to unlock characters, extras, and possibly different Pirate ships.

For a more sea-worthy overview, let’s watch the video review.

Now lets break that score down into its categories and see if this ship is worthy of the high seas or will it meet up with Davy Jones in his locker.

Lego always delivers in the graphics department and this version is no different, the surroundings of the Caribbean are delivered with the usual style and grace given to us by the movies themselves. All the cutscenes are fantastic fun not just a giggle to watch but the attention to detail is amazing. In all the graphics deliver the usual feast of Lego characters and amazing environments.

In terms of gameplay there isn’t anything new here for Lego fans, but that’s not a bad thing the game gives us the usual smash everything collect it all kinda game we’ve come to expect from a Lego title, but in some aspects this game seems to be lacking the polish of previous titles, Character swapping is a main aspect of the gameplay and that can lead to some very frustrating situations especially when trying to walk along a thin plank only to discover the character you need has gone for a walk on his own or he’s stuck in some strange loop against a tree.

WOW it’s exactly as awesome to listen to as the movie, okay so reviewing the sound of some games can be rather difficult but Lego does a great job of delivering that big hollywood feel with ease and it’s so easy on the ear that the multiple playthroughs in freeplay never become boring.

I wish that Lego Pirates of the Caribbean had maybe a few more weeks in development there are some minor gameplay issues that just keep stacking up and stopped me from giving this game the highest score for a Lego game ever.

The game is great fun. The humour is spot on, condensing every part of the main films into easy to digest hilarious portions of pirate fun. Its got all the scope and extras of a massive game that could easily take most about 50 hours of gaming to collect everything! So a very worthy title by any standard and a must for any Lego fan or fan of the movies.

I would love to hear your thoughts on Lego Pirates of the Caribbean so give us your own review I’d love to see how you guys score it.

Index of Lego Pirates of the Caribbean Stuff:

Tags: Lego Pirates of the Caribbean: The Video Game