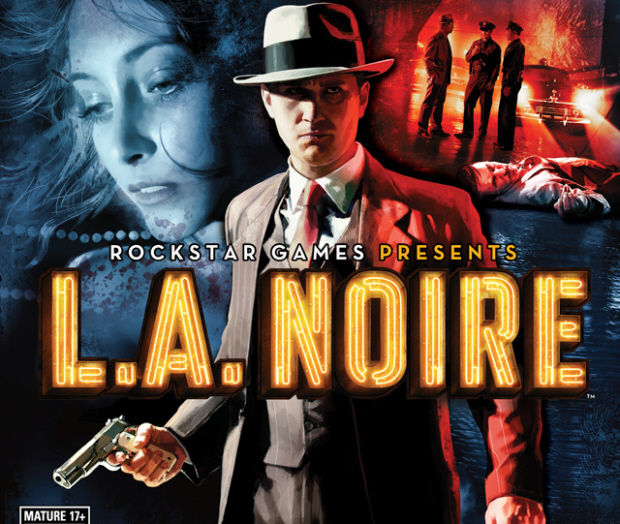 Our LA Noire walkthrough will guide you through the beginning to ending moments of cutscenes and gameplay for this Rockstar-developed detective action adventure for PlayStation 3 and Xbox 360.

There are 40+ cases in the game (not including the two pre-order cases “A Slip of the Tongue” and “The Naked City”) as well as “Unassigned Cases” and our walkthrough will help you to complete each and every one of them.

L.A. Noire is a detective game in which “Cases” are the main structure point of the action adventure. After being briefed by your Captain, you’ll view a cutscene of the crime the case is about, and then be taken to the Crime Scene where you’ll get your hands dirty searching for clues. Interrogations, which are the main hook of the game, will also play a big part in discovering the truth behind who committed the crime, and shootings will also take place.
a
The game uses breakthrough realistic facial and body graphics along with audio cues in which you will try to interrogate a subject in order to figure out whether they are telling the truth or lying. Depending on how the interrogation goes and how many clues you are given by talking to suspects, you can open different routes to solve the case, so each case can be solved in different ways.

You are also scored at the end of the case by 1-5 stars, with higher ratings leading to quicker leveling up to higher ranks.

Footnote: When you watch us find the right investigation answers, pay attention to the questions and don’t blindly follow the order they are asked in, because the Xbox 360 and PS3 versions each have a different order.

This Patrol case has Phelps and Dunn assisting two other detectives (Galloway and Rose) in the murder of Scooter Peyton.

There is a door at the end of the alley that has a bloodstain on it, this is an important clue to your case. You will also need to find a gun reflection which is location on the window next to the door with the bloodtstain. Finally your last clue is a gun. You will be able to find the gun on the rooptop close by the alley, climb up the pipe on the wall. This is an important piece of evidence.

You will then need to head to your next location which is the Gun Store.

When you have arrived at the Gun store, you will need to pick up 3 clues to get your 5 stars. You will first need to find “Errol Scroeder(this is a person). You will be able to find this on the counter. This is the only peice of information you will need.

You will then be able to find some ammo on the couter as well as some duck decoys. These two items are not important to the case.

Once you have completed this case you will need to head to your next location which is The Apartment.

There are two important clues at this location. First the apartment number. You will need to have a look on the postbox which is close to the front door of the doors to the building. The next clue is the notebook, the notebook is located in the open drawer.

The debut case that players may recall from the original “Orientation” trailer of the game. In this case you must work with your partner Ralph Dunn to stop a Robbery picked up over the car radio. Phelps and Dunn intervene directly with some firefighting action when Phelps grabs his shotgun from the car’s trunk and heads into the Westlake Savings & Loans to confront the robbers.

Location: Bank
When you arrive at this case you will be taught the basic of combat whilst in cover. You will need to shoot the bank robbers who are hiding behind the car. Once you have shot the robbers you will need to make your way back into the bank to finish the robbers off

After an action packed chase, your suspect flee’s to the rooftops leaving Phelp alone to deal with him and when the gloves come of you’ll need to knock some sense into this guy.

In this case, you will need to chase and bring down the suspect. Smashing on the correct buttons when you are prompted to.

A Patrol case in which Phelps discovers a fatality right in front of his own store (Nunn Bush Shoes). The clerk identifies the dead man as Everett Gage. The case takes Phelps and Officer Ralph Dunn to Hartfield’s Jewelry Store where they plan to apprehend the suspect, although someone else has different ideas.

In this case you have 3 important clues to find to collect your 5 stars. The first is the Layaway Vouncher. This voucher is found inside the jacket pocket on the body. The second clue are the Shell Casings located on the floor close to the body, they will be giving off a shine from the sunlight. The final clue in the Handgun. You will be able to locate this clue next to the rubbish bin close to the Shell Casings.

Once you have had a look around the crime scene, you will need to head inside the shoe shop an have a talk to the women. This will start your first interview.

Once you arrive at the shop, you will need to go and talk to the employee. The employee will go and awake Mr. Kalou. You will then find out he is Edgar Kalou, chase after him.