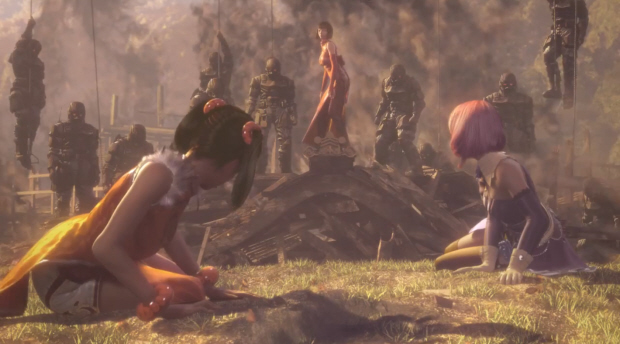 Not only is the CG for the 90-minute film absolutely beautiful, as seen in the video below, but the movie absolutely nails the look and feel of the long-running Tekken fighting series from Namco Bandai, and looks to actually feature lots of one-on-one fighting, just the way you’d want it!

And while the game has many anime people involved, the look is not entirely anime-influenced, but rather looks more like an extension of the videogame style and graphics. Just much, MUCH better looking.

A lot of very neat people have been tapped for the film, that includes a script written by Dai Sato of Cowboy Bebop and Ghost in the Shell: Stand Alone Complex fame and the director taken directly (pun not intended) from the videogames, as the dude who did the opening scenes for Tekken 5 and Tekken 6, Youichi Mouri, is directing the film! Last but not least, Digital Frontier, who produced Resident Evil: Degeneration for Capcom, is also producing for this film.

It will apparently be released in digital 3D, most likely in Japanese theaters, this Summer. No word on when it will be released outside of Japan.

Here is the debut trailer for Tekken: Blood Vengeance.