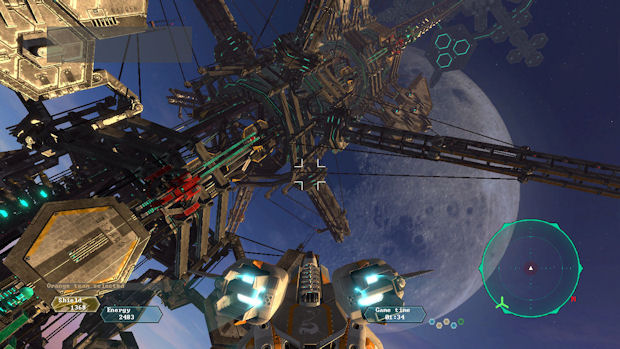 Welcome to our giveaway for Star Raiders game download codes for Xbox Live Arcade! Sponsored by the awesome Atari.

To celebrate the release of Star Raiders on Xbox 360 and PC, you get a chance to win one of two Xbox Live Arcade download codes for the full game!

To win, answer this question in the comments:
“What’s the name of the evil enemies you fight in Star Raiders?”

Description: “Star Raiders features a fresh new take on the seminal classic, letting you engage in epic dogfights and aerial assaults against the onslaught of the evil Zylons. Utilize radical ship transformations and robot co-pilots in the heat of battle as you fight to save humanity. Explore the galaxy as you utilize galactic warps and sector tactical maps that let you set your own path to liberation!”

Take a peek at the game’s action in the launch trailer:

Leave one comment per person on this page with your answer. The winners can be located anywhere worldwide. Contest ends 11:59PM PT on Sunday, May 15th, 2011. For legal reasons, if you’re younger than 10 years you need to get permission from a parent or guardian to enter the contest. The winners will be announced during the weekend, at which point we’ll update this page with their names. When commenting as a guest, fill out your real email so we can contact you if you win, note that your email will be invisible to other readers, only the site staff can see it.

Tell your friends! Good luck everyone!

Here are the randomly chosen lucky winners amongst the those who correctly answered “Zylons”:

Congratulations to the winners! You’ll be sent the XBLA Star Raiders download code via email, enjoy!

Thanks for a successful giveaway everyone. If you have any suggestions for other games to give away, leave a comment.