The Pirates of the Caribbean: The Ride

How to find the Secret Bonus Level? The Ride is a secret level, which is very difficult to get to! Here’s a check list of things to do…

You’ll first need to collect 84 Gold Bricks, in order to assemble the bricks next to the cannons in the Tavern area into a gold mast, which will open The Ride level. So revisit this area once you have:

You will need to complete this secret level in order to get the 85 and final Gold Brick. Once you have built the gold mast that needs 84 Gold Bricks, walk up the stairs and head through the back passageway that was blocked by a gold gate. This gold gate is the entrance to The Ride.

The Ride has 3 different areas:

It’s shown how beat the level in Bob‘s video above. 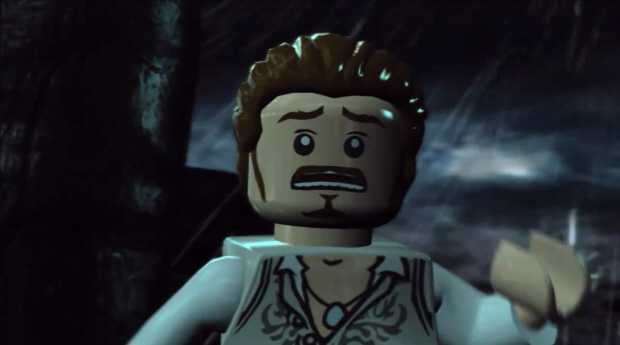 How are you able to free the crab in Port Royal?

You will need to use a character that is able to go under water to free the crab.

How can you open the Silver Chest in London Town?

You will need to use Marty’s Gun to open the chest.

How do you jump on a barrel?

You need to use the same button to control your character to jump onto the barrel.

How do you change your character?

You will need to press the Y button on your Xbox 360 controller (Triangle button on PS3) to bring up your character roster.

Where can i get the 2 items in “A Touch of Destiny”?

You will need to feel the alligator three times instead of blowing him up. Second, you will need to head to the next area and use the compass to find the fish.

Which character do you need to destroy thing object?

You will need to use Marty.

What is the Hub Area / Village?

The Hub Village will serve as a safe point for your scared adventurers. You will be able to head over to the hub and check on your process. You will also be able to restart missions and buy some new characters and items.

What is the Souvenir Shop?

You will be able to stop at the Souvenir Shop to have a look at what you have completed. Such as the bottles in a mission. Once you have collect all of the TEN BOTTLES in a mission your will be rewarded with a small item.

What is the Dock?

You will be able to head to the dock if you would like to see how your progress is coming along with the game. You will need to use the Dockmaster’s book to have a look to see how far along you are along. This will also include your playing time. Make your way to the docked ship, this will allow you to select your available missions.

What is the Tailor Shop?

When you arrive at the Tailor shop, you will be able to pick out : Outfits, equipment such as weapons and change your abilities. This will allow you to build your perfect adventurer.

What is the Tavern?

When you return to port you can buy characters as they are walking around, walk into them and you’ll see a button above their heads (on Xbox 360 it’s B & on PS3 it’s Circle) and then you can purchase them. For certain pirates, you’ll need to fight them first before you can buy them.

Where can you find the Tavern?

What is Story Mode?

What is Free Play?

How is progress tracked?

Before you start a new mission, you will be able to have a look at the progress you have made in the previous mission. You’ll also be able to track it by looking it up in the Hub Area / Village.

Where are Ship Bottles?

What is True Pirate?

In Story Mode and Free Play, you will be able to collect studs, these studs will fill the True Pirate bar at the top of the screen. If you have filled the bar by the end of the mission you have completed your True Pirate mission.

Where are the Red Bricks?

In Lego Pirates the Red Bricks have been renamed to Red Hats to fit the theme of Pirates of the Caribbean. In each of the missions, there is ONE Red Brick / Hat. You will need to collect the 20 Red Bricks / Hats to unlock particular characters. This is when you will need to head back over to the Tavern to purchase your Characters.

Where can I get Characters?

When you start your game, you will only have a handful of character to play with. You will be rewarded some of the characters when you have good progress through the game. You will need to buy most of your characters from the Tavern.

In each mission there are four Character Tokens, these tokens are hidden throughout the game. Once you have collect a Character Token you will be able to head over to the Tavern and purchase a newly unlocked character. There are 64 Character Tokens to collect. They are very important to expand your character roster. 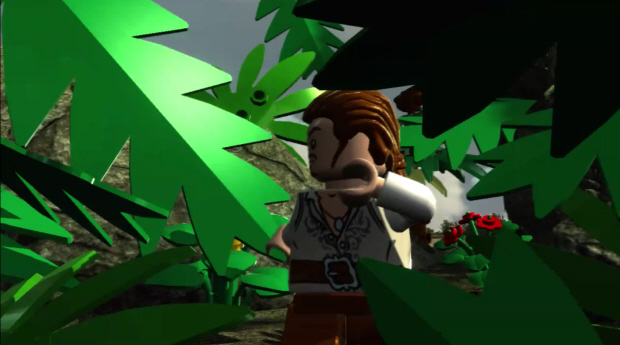 What kind of Equipment and Abilities are in the game?

Duel Wield: Some of the Characters have a skill which will allow them to wield two swords at a time. This will allow the characters to use the swords to climb the walls.

Throwing Weapons: Throwing Weapons are a basic attack weapons. Some of the characters will be able to use spears and grenades. You will need to aim for the target and use your weapons to hit it. These weapons are not only good for targeting, they are also very useful under the right attack!.

Pistol and Muskets: These weapons allow the characters to have a great range attack. Characters that are holding these weapons will be able to shoot targets. If you hold your attack button, this will activate a targeting reticule. You will be able to move it across three targets at a time. Let go of the button and take down the enemies.

Compass: You will be able to use the compass to find objects that are hidden. Activate your compass and follow the needle. This will locate your hidden object to its EXACT location.

Do you have problems getting the compass to work?

1. Zizzybob called customer service and got this answer: When using the compass you cannot be directly on top of, or even too near to the markers on the ground.
2. We personally found that holding down the compass button and pushing toward the desired item until a blue ring surrounds it worked best, but we should say it was very hit and miss.

What Achievements / Trophies get unlocked in Story Mode?

By playing through the entire game you should unlock the following Achievements just by finishing the Story Mode in either Single Player or Cooperative Mode when playing with a buddy. There are also several others that you are likely to unlock.

Our Lego Pirates of the Caribbean walkthrough has been fully updated to make sure you can play through to the ending of the game. — Thanks for visiting!

Got any questions? Ask us in the comments section below.

Tags: Lego Pirates of the Caribbean: The Video Game