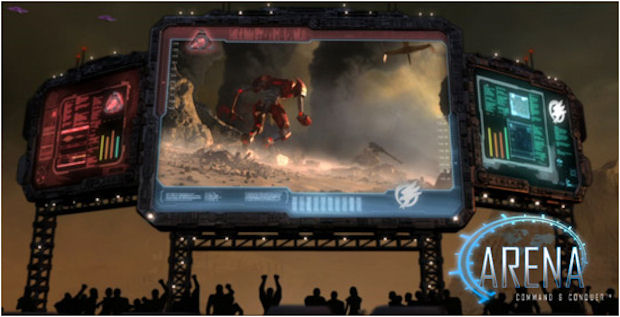 Command & Conquer Arena was in development at Electronic Arts before it was silently cancelled. A leaked cinematic trailer reveals the cancelled RTS game.

Command & Conquer Arena was never officially announced, but it was cancelled some time ago. Apparently part of the visuals from this game were used in Command & Conquer 4. Which makes sense as Arena would’ve pitted the Global Defense Initiative (GDI), the Brotherhood of NOD, and the Scrin aliens against each other. The upgrade system makes it look like it may have been an real-time strategy massively multiplayer online game (RTS MMO for short).

Command & Conquer Arena’s slogan was to be “The war is over. But the battles continue.”

But cheer up, after the closure of EA LA last year, EA are rumored to have started a new studio called Victory Games. It’s dedicated to creating strategy games and is currently in secret working on a new C&C game with classic RTS gameplay.