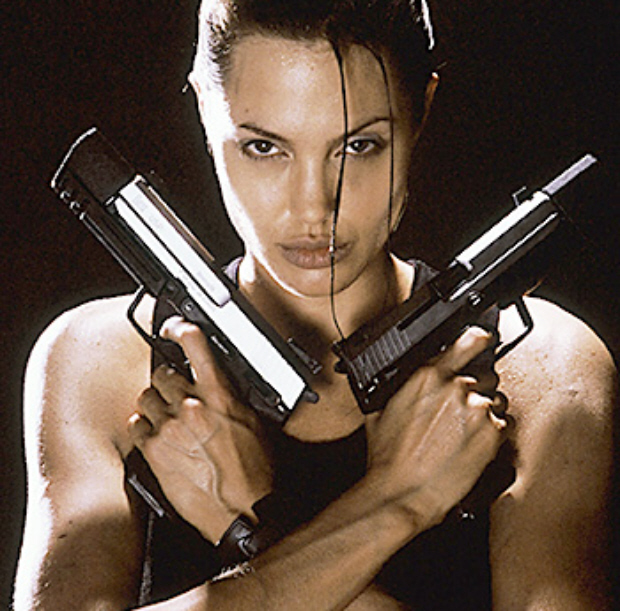 The Tomb Raider film franchise will be getting a reboot soon, as has become customery in both the videogame and film mediums. And that upcoming movie, which is still as-of-yet untitled, just got a giant shot-in-the-arm.

The highly praised team behind the scripts of the original Iron Man film and the upcoming Cowboys & Aliens has been tapped to write the script for the upcoming Lara Croft film. The duo is Mark Fergus and Hawk Ostby of GK Films. The movie is being produced by GK partners Graham King and Tim Headington, all of whom have been tapped by Eidos and Square Enix to give the upcoming film some legit love.

The big unknown for the upcoming film is who will play Lara Croft herself, and how the film will fair without Angelina Jolie in the starring role. Adding insult to injury, very few female action-driven films have seen the kind of widespread success that Tomb Raider has seen.

Milla Jovovich successfully pulled it off in the action zone with the Resident Evil flicks, based on a videogame no-less; And Kate Beckinsale did it with the Underworld films. But not many have succeeded in the way the Tomb Raider movies did.

Those shoes of Angelina’s are tough to fill and thus it may be difficult to find a female actress that commands Angelina’s stature and gets the look and sex-appeal so perfectly for Lara Croft. So the producers definitely have their work cut out for them.

Who would you like to see play Lara Croft in the upcoming film?

Here is a look at Angelina as Lara Croft in the first Tomb Raider movie.

And I couldn’t help posting some more vids of her while I’m at it. Here is an interview from the Red Carpet premier.

Last but not least, this featurette digs into the history of the Tomb Raider series and Lara Croft in particular.