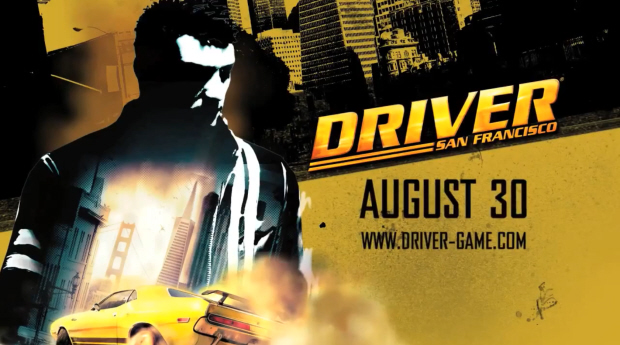 Driver: San Francisco is an all-new racing game developed by Ubisoft Reflections under the direction of the creators of the original title and will be the latest entry in the long-running but completely irrelevant in modern-times, racing franchise.

Gamers will play as Detective John Tanner on a relentless manhunt for crime lord Charles Jericho through the hills of the City by the Bay. Players can now seamlessly shift between well over a hundred licensed vehicles, keeping them constantly in the heart of the action. The game was first revealed back at E3 2010 where the ability to shift cars at anytime in real-time was shown off.

That feature is seemingly not in the new trailer, but the trailer does give a very cinematic “buddy-cop” feel to the upcoming game, which bodes well in my humble opinion.

Ubisoft will be promoting the new game at the upcoming Gumball 3000 rally in a new partnership with Ndamukong Suh of the Detroit Lions.

Here is the new “Come Back” trailer for Driver: San Francisco.

So what do you think, will this new Driver game be the “come back” the series needed and Ubisoft is hoping for?