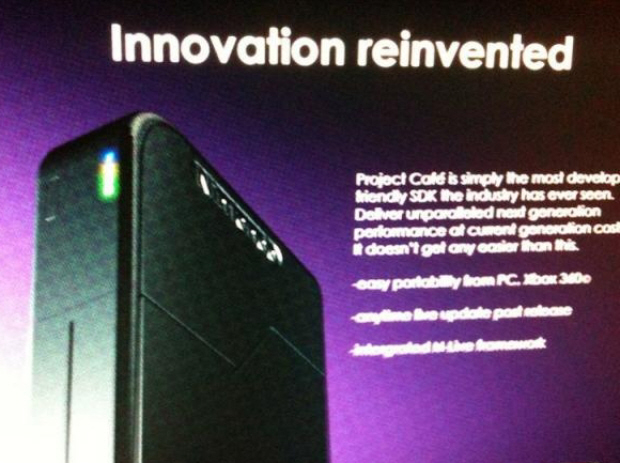 The Wii 2 is rumored to be code-named “Project Cafe” with one possible final-name for the system being the “Nintendo Stream”. New details on the console have also been revealed as to the architecture that will power the next Nintendo console and its controllers.

The new Nintendo console is highly rumored to be announced at E3 2011 on June 7-9th.

Internally, the system will apparently have a revamped AMD R700 GPU and a triple-core IBM PowerPC chipset that can achieve speeds faster than the Xbox 360. It will reportedly resemble a modern-day Super Nintendo in design and will cost anywhere from $350 and $400 to produce. Reports say we can expect the system as early as holiday this year or, probably more likely, in 2012.

So how excited are you about all these Project Cafe/Stream/Wii 2 developments?

Via 1UP. Thanks to VGChartz for the image.