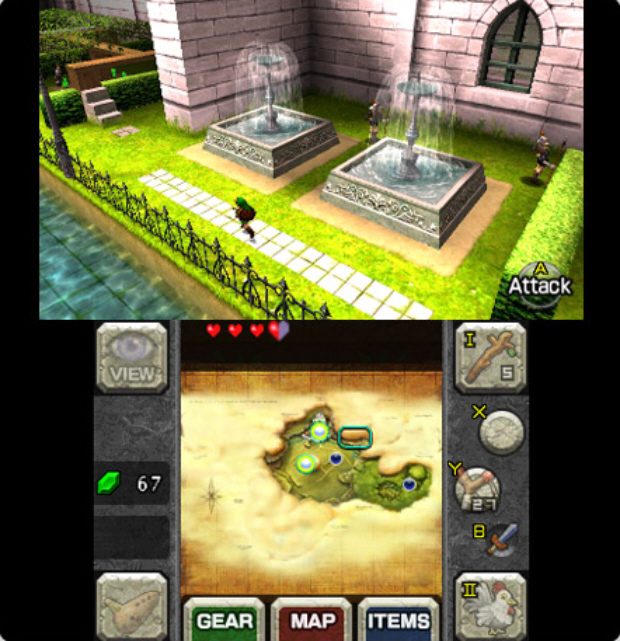 As we’ve reported, The Legend of Zelda: Ocarina of Time 3D is a real remake, and Nintendo has proven that finally with an all-new Boss Challenge Mode.

Previously to this, the “remake” status was a bit of a stretch as the game only featured graphical updates that made the game look much improved (for the most part) over the previous versions. And while some scenes were tremendously updated with all new details added, others only received a bit of a touch up.

For a lot of people who own several copies of Ocarina of Time (Nintendo 64, one of the two GameCube compilations, Wii Virtual Console, etc.) though, a “slight” update wasn’t enough, even though it was announced that Master’s Quest is included in Zelda: Ocarina of Time 3D, previously only available in a GameCube two-disc set; Fans needed something more.

Although one additional mode still isn’t that huge of a deal, at least it is something all-new. As stated above, Ocarina of Time 3D will include a brand-new “Boss Challenge Mode” which will activate once you reach a certain point in the main adventure.

Here is the Queen Ghoma Boss Battle in motion.

It is unknown what you will be rewarded with for taking part in the Boss Challenge Mode, or whether this mode supports StreetPass functionality or some type of online leaderboard system. Hopefully so.

Ocarina of Time 3D also includes a completely reworked menu system that has been completely changed from before to take advantage of the Touch Screen. This streamlines the process of equipping and unequpping Items and Equipment that was previously very cumbersome, and allows you to get at-a-glance feedback as to your location via the Maps; By simply looking at the bottom screen (instead of having to pause and switch to the Map Screen, as before). Additionally, Ocarina of Time 3D will include video help for solving the game’s puzzles.

“Players not so familiar with the Legend of Zelda series can also get a helping hand through bite-sized videos available in-game which will provide hints on how to solve the puzzles encountered during your journey.”

This will definitely be good news for those who never played the game before. And don’t forget that Master’s Quest is included as an unlockable “Hard” Mode in the game. The 3DS motion controls can also be used via the built-in accelerometer and gyroscope that allows for looking around in first-person by physically moving the 3DS system. Not practical but another change. One feature that will be lacking in this version is force feedback, as the 3DS does not feature rumble capability, and a key reward item in the original game took advantage of the Nintendo 64 Rumble Pak to alert you to nearby secrets. It remains to be seen how the “Stone of Agony” will be implemented in this version or whether it has been removed completely or replaced with another item.