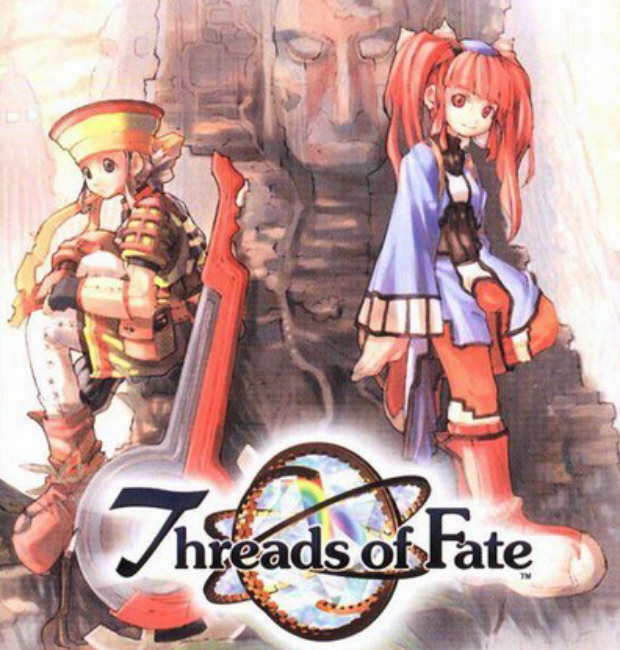 This Threads of Fate walkthrough will guide you through the beginning to ending moments of cutscenes and gameplay for this classic and little-known Square Enix RPG from the PlayStation One, originally released way back in 2000 in North America. It is known as “Dewprism” in Japan.

The game is now available on the PlayStation Network as a PSOne Classic in North America, and can be played on either your PS3 or PSP.

Threads of Fate combines two stories into one giant adventure. You can play as either Mint or Rue, who are both looking for an ancient relic. However, their motivations are completely different: Mint wants to use the relic to get revenge on her enemies and Rue wishes to use the relic to revive a friend who was killed by a mysterious monster. Since the two are on the same quest, their paths will cross from time to time but the two stories have different plots, tasks, and dungeons to complete. Further, the characters have different fighting and magic styles: Rue can transform into any of the last five creatures he has killed and Mint derives her power from the ability to mix and cast spells. Two quests for the same item create a fantastic fabric of the Threads of Fate.

Thanks to Tsurakai for the videos.