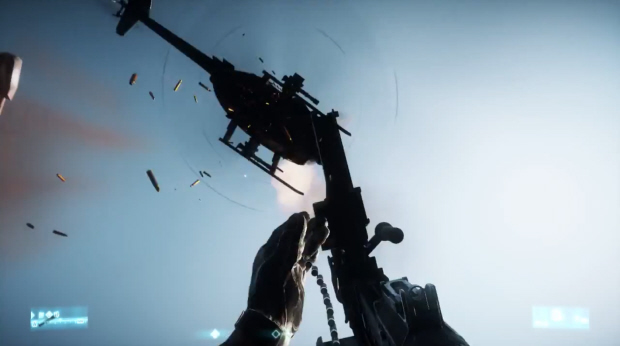 A mind-blowing Battlefield 3 long-form trailer shows off over 12 minutes of intense gameplay footage for the upcoming first-person shooter for PC, Xbox 360 and PS3.

The game is being set-up by EA to take down the Call of Duty franchise. To quote EA CEO John Riccitiello, “This November, we’re launching Battlefield 3. It’s going up against the next Call of Duty, which is presently the #1 game in the game industry,” he said. “A game that last year did $400 million dollars in revenue on day one. Battlefield 3 is designed to take that game down.” And they plan on spending over $100 million in marketing dollars alone to that end.

But after seeing this game in action, you’ll have absolutely no doubts that the money is being wisely spent. In addition to graphics that are nearly photorealistc, animation is absolutely top-notch, the action, firefights, sound effects and impact are spectacular, and the gameplay looks insanely fun. And this is only the single-player campaign. The game will also offer combined arms, multi-vehicle-based online multiplayer with up to 64 player online play on PC and 24 player online play on console.