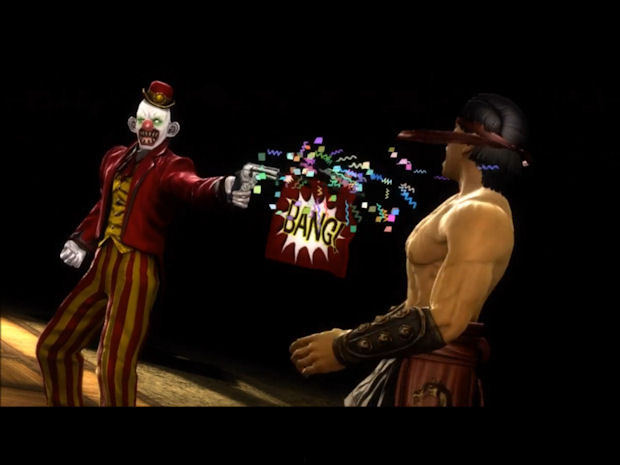 Do you want to know how to perform all Mortal Kombat 2011 fatalities and babalities? You can find out the right moves in this guide to the Xbox 360 and PS3 fighting game.

Every character in the game has two Fatalities, each with the ability to perform Stage Fatalities, as well as a Babality.

Press the following button combinations to perform their respective finishing moves for each of the 26+ characters that have them (first displayed for Xbox 360 and then PS3). You have to perform these Fatalities a few seconds after the words “Finish Him/Her” are spoken.

While normal fatalities and babalities can be performed anywhere, stage fatalities can only be performed on these stages: Chamber of the Flame, Hell, Subway, The Dead Pool, The Living Forest, The Pit (Day & Night), and The Street.