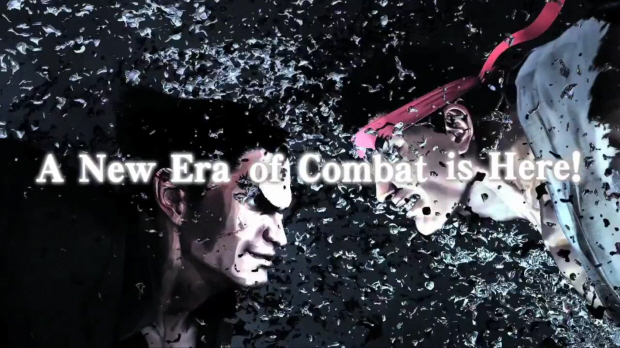 Street Fighter cross Tekken (not Street Fighter vs Tekken, although lets face it, everyone will call it that anyway. Because, why not?) was the star of the show at Capcom’s Captivate 2011 event with tons of new video footage being released.

Street Fighter x Capcom features floatier jumps with a greater focus on juggling. Thankfully the Tekken characters can now jump with ease and seem to work just as well as the Street Fighter characters. You press the medium attack buttons at the same time to tag in and out between two characters that you select. A super meter builds up and all of the Tekken characters have Supers just like the characters from Street Fighter IV. Each character also has a launcher to get an air juggle/combo going easier. The meter is made up of three bars, with Supers taking two of the three to perform. The tagging is also free-form, so you can say tag-cancel into your parter’s Super. Snazzy.

Now here is an absolutely flat-out badass trailer that will get you PUMPED for this game!

Regular special moves can now be charged, and the longer you hold a charge the more powerful the move will be. So Guile goes from Sonic Boom to EX Sonic Boom to Sonic Hurricane.

Capcom emphasises that the game is still mighty early and that many changes will still be made, as the game isn’t scheduled for release until 2012. Despite the Tekken characters’ Street Fighter make-over, they are still able to perform many of the same moves as previous games, like Kazuya’s 1, 1, 2 basic combo and his Rising Uppercut. So fans of Tekken will not feel like they’ve been given the short end of the stick from all that can be gathered watching the videos. Tekken moves will also be different from Street Fighter moves, some even require the stick to go back to neutral, which fans will surely appreciate.

Last but not least, here is an in-depth interview.