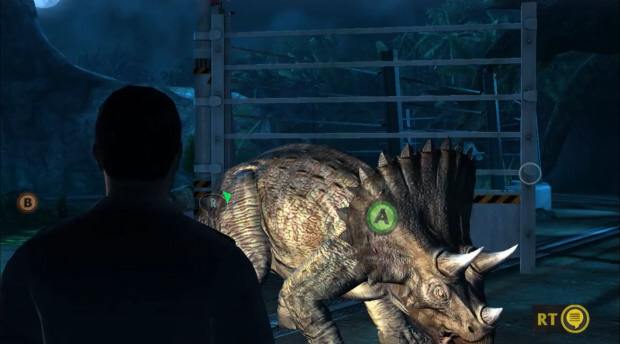 You can see the first gameplay footage from Jurassic Park: The Game in an all-new video that shows off Telltale Games upcoming take on the classic film franchise.

In the game you will get to guide a group of all-new characters through threads that interweave with the films but explore new aspects, new locations and new dinosaurs in previously unseen parts of the island.

The game will also make use of a new picture-in-picture navigation, a first for Telltale titles, that is meant to cut down on the walking and allow you to quickly and easily switch to what areas you want to explore or what characters you want to control.

Interestingly, you can see in the video that the game is being played on the Xbox 360, although officially the game has only been announced for PC and Mac. Previous Telltale Games like Back to the Future: The Game have also hit PS3 via the PlayStation Network though. So hopefully this new game will also be coming to Xbox Live Arcade and PSN.

Here is the first gameplay footage from Jurassic Park: The Game, which heavily resembles Heavy Rain in my opinion.