No More Heroes 3 may come eventually 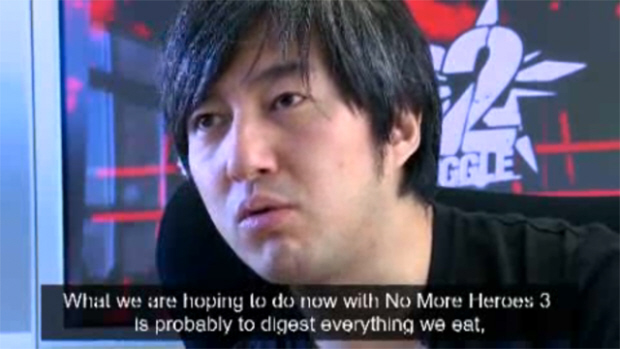 No More Heroes 3 is not currently in the cards, but it is a game that designer Goichi Suda (Otherwise known as “Suda51”) would like to create eventually, according to his own words when he was asked about the subject of a third title at a recent event.

Speaking to a crowd of fans at an event to raise money for the victims of the recent tragic earthquake and tsunami in Japan (also promoting his next game, Shadows of the Damned), Suda 51 said this about a possible “No More Heroes 3”.

“Although it won’t happen soon, I’d like to do it at some point,” he reportedly told the crowd.

Although fans won’t be getting a new adventure anytime soon, there is the upcoming re-release of the original game exclusively for PlayStation 3 which builds on the original with PlayStation Move support. That game will be released as No More Heroes: Heroes Paradise on May 5, 2011.

It contains these changes from the original Wii version:

Here is a video of the Japanese version of No More Heroes: Heroes Paradise for PS3 (complete with English voice overs!).