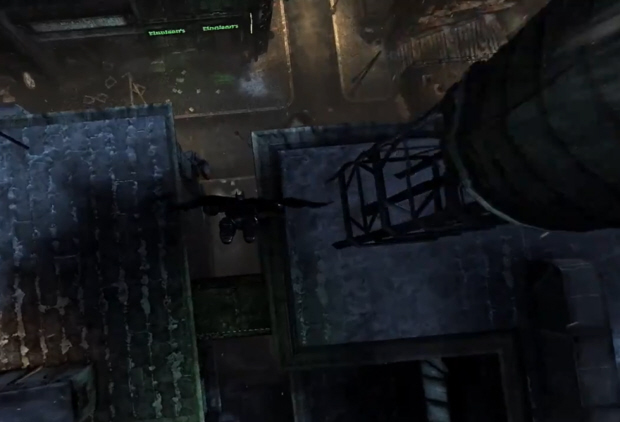 Up until now we had only seen cinematic teaser trailers but nothing with actual gameplay. Well prepared to crap to your pants!

Although Arkham City looks very similar to the first game in most regards, you’ll see a ton more aerial combat with Batman’s new Dive move which alone will get your blood pumping! We also get to see several of the new side characters in action, including Catwomen, Harley Quinn and Two Face. We also get to see the dynamic new city gameplay from running along rooftops to diving in between alleys to hookshotting atop a flying helicopter!

The tagline for this new “Ain’t No Place For A Hero” trailer is: “Everything At Stake, Everyone At Risk – All In”.