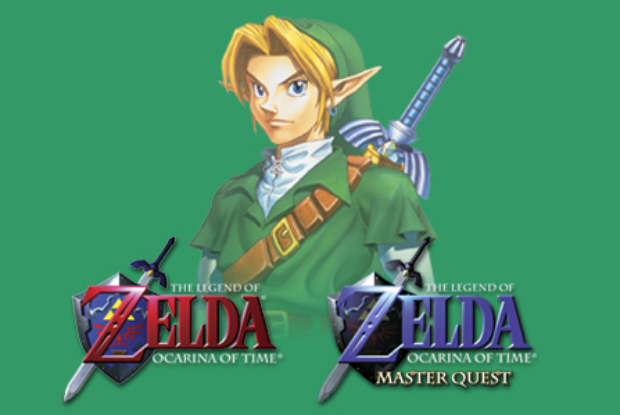 This is awesome news for those who were concerned about buying yet another version of Ocarina of Time, even if The Legend of Zelda: Ocarina of Time 3DS is a real remake as the photos of the game have proved (graphically, it’s a whole new beast with lots of added background detail).

But for those who already own Ocarina of Time and have played it many times on the Nintendo 64, in one of the two GameCube compilations (Master’s Quest and the Zelda Collection) or have bought the game on the Wii Virtual Console, a game that is updated graphically yet contains the same content put a lot of people off to this 3DS remake. But Master’s Quest may be the straw that broke the camels back and makes those who were hesitant consider purchasing this new stereoscopic 3D version of the best-selling action adventure.

If you don’t remember what Master’s Quest was, the game is a very odd remix of Ocarina of Time, where the dungeons are much harder with more enemies, new layouts, new tricks and new puzzles (there are hanging Cow Head switches in Jabu Jabu’s Belly…. real cow-heads, not like statues or iron cow-heads or anything like that. Don’t ask….); This made Master’s Quest much harder than the regular version of the game.

Here is a video of Jabu Jabu’s Belly with its hanging cow heads in Ocarina of Time: Master’s Quest.

Master’s Quest was originally developed to be released as a disc expansion pack for the Nintendo 64DD (Disk Drive) hardware add-on. The 64DD however never saw the light of day outside of Japan, where only a handful of titles were released for it before it was canceled. One of the supposed in-development “killer-apps” for the DD was to be a remix disc for Ocarina of Time… But it was never released (In Japan or anywhere else).

Having mentioned the expansion on several occasions as “Ura Zelda” (“Another Zelda” or “Reverse Zelda” in Japanese), Miyamoto finally decided to give fans the remixed version they had so clamored for all those years ago by including it on a special 2-disc package in America and Japan for those who pre-ordered The Legend of Zelda: The Wind Waker for GameCube. You could also obtain the disc in other ways such as in a GameCube system bundle, through Nintendo Power, etc. depending on the territory; In some cases the disc was simply included in the Wind Waker case.

While the including of Master’s Quest doesn’t amount to new content for Ocarina of Time 3D; Very few people played Master’s Quest and fewer still have actually completed Master’s Quest, so this really is a fitting inclusion. At least for this gamer, it cements my desire to purchase a game that I was already heavily considering buying. But now it’s a no-brainer!

Here is a video of Ocarina of Time 3D running on 3DS.