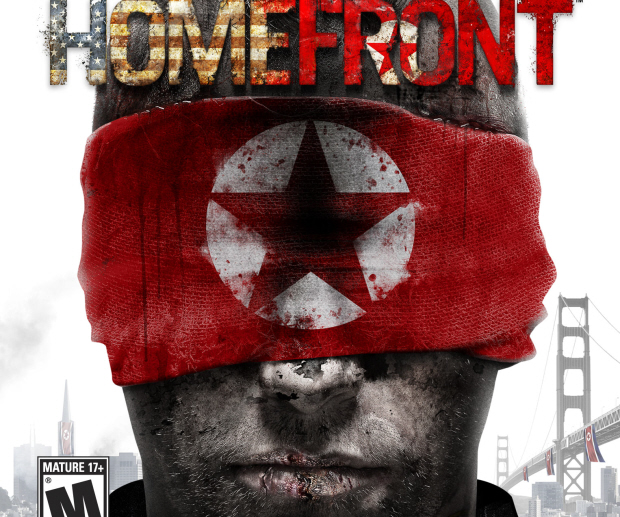 Our Homefront walkthrough will guide you through the beginning to ending moments of cutscenes and gameplay for this alternate-war first-person shooter where America is the Homefront.

The year is 2027. The world has suffered a decade-long energy crisis, and economies have crumbled. Reduced to a mere shadow of the super power it once was, the United States became the target of a North Korean takeover. American malls, suburbs and city streets are now battlegrounds as the civilian resistance fights for freedom. Featuring a compelling single player story crafted by John Milius (Apocalypse Now, Red Dawn), Homefront immerses gamers in an interactive and cinematic FPS experience where they will assume an infantry role or take command of a wide variety of aerial and ground vehicles. In addition to the single-player experience, Homefront will deliver a robust multiplayer experience. In a land stripped of freedom, the brave will fight for their home.

Homefront Walkthrough – Mission 1: Why We Fight

You wake up in the morning to a brutal assault by Korean Troops, you will then be dragged onto the bus.

The enemies are called KPA.

Once you have been rescued, you will need to follow the instructions of your new team mates. Connor and Rianna

Follow on with your rescuers whilst you are learning the basic controls of the game.

You will need to take cover behind the old vending machines, once you have survived the assault by the KPA army until the Petrol Station explodes.

Keep follow on with Connor and Rianna to make your escape through the suburbs.

Use the walls and wreckage for protection whilst you are fighting the KPA.

Make your way over to the tree house, shooting the enemies in the distance.

You will always need to be on the look out for somewhere to hide, this spot will also need to have access to shoot from.

Once you have left the tree house, you will need to keep following Connor and Rianna. Remember to take as much cover as you can find.

You will be able to pick up guns and ammo off of the floor, keep your eyes open for that as you will need it!.

You will need to take out the APC, you will be able to take this down using C4.

Once you meet up with the other team mates, you will be bombarded by the KPA, you will need to head back into the house and take cover behind the wreckage.

Once you have taken down the KPA, head back outside following Rianna and Connor. You will then need to use the Goliath Targeter to take out the enemy car.

You will need to use the Goliath to target all the enemy vehicles.

When the cutscene ends, you will be able to have a wander around the Strong Hold.

Once you have had a look around the Strong hold, Boone will show you down a tunnel entrance. Follow Boone through the tunnel.

Following Boone and Connor, you will need to take cover behind the metal sheets.

Watch out for any enemy grenades as these are almost always lethal.

When the KPA have been eliminated, head up to the elementary.

Follow Hopper and Connor into the playground, as you make your way through the playground you will find yourself under heavy fire by the KPA. Remember to take as much cover as you can.

Use your waypoint marker to help you find your objective.

The AI seem to have a problem with walls, give them a tap to get them moving again.

Once you have reached your objective, you will need to follow Hopper and Connor once again.

Your new objective is to locate Arnie.

Make your way up the stairs to the “look out point”.

You will be able to have a look around the Montrose Detention Centre.

Follow Hopper once you have met up with Arnie.

You will then find out that Arnie as set you up. You will need to shoot the enemies located in the area around you. Run for cover. Find some cover where you will still be able to shoot your enemies.

Remember, once you have been shot once RUN for cover. A couple of bullets will kill you in this game.

Head up the stairs to the upper walkway, watch out for the KPA running towards you. There is not a lot of cover up here so make sure you keep low.

Use your waypoint marker to help you get to your objective.

You will then need to follow Hopper. He will be leading you to the under-part of the highway, you will be placing the beacons.

To get to the highway, you will need to cross the baseball field that the KPA are using for the mass graves.

You will need to make your way around the baseball field to disarm the sentry guns.

Use the sandbags for protection.

As you press forward, use the school bus and the metal crates for protection.

Once you have taken down the two sentry guns in the area, you will need to get into the mass graves and use the dead bodies for protection from the newly arrived KPA.

More walkthrough videos coming after launch day. Thanks to Megan for the tips.

Megan will be updating the text in the next few days!

Please comment if you’re stuck anywhere, we’re always happy to help if we can!