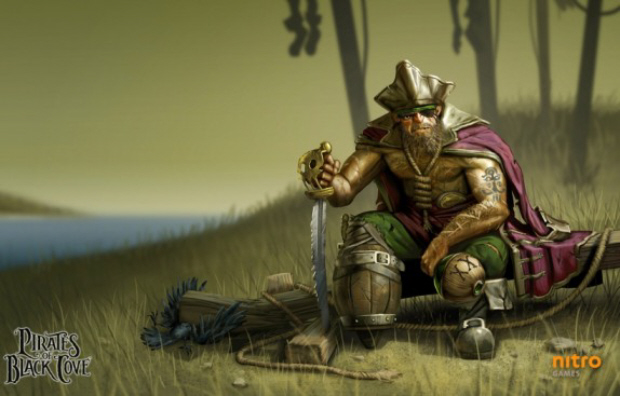 Pirates of the Black Cove is a new RTS RPG title from Paradox Interactive and Nitro Games.

Prepare for the 16th century, the golden era of pirates!

This is your chance to conquer the Caribbean, because the Pirates of Black Cove challenge you to roam the open world with your pirate crew. Notoriety and pirate fame brings you closer to your goal to be the King of All Pirates.

“Pirates of Black Cove is an adventurous strategy game that our community has been waiting for,” said Brendon Neuwerth, COO of Nitro Games. “Combining proper skills with the right amount of Pirate bluster, a pirate might just have a shot at ruling both land and sea. And keep in mind that dead men tell no tales… Savvy?”

Here is some gameplay footage.

Getting promotions within the pirate brotherhood requires force, daring, guile and even deceit. But be careful, because other pirates will be competing for promotions too. However, bribery, favors and outright assassinations will ensure that you climb the ranks faster. Join infamous pirate strongholds like Port Royal and Tortuga. As you are promoted to higher ranks, you will own, manage and develop parts of the stronghold and entice other captains to join your fleet.

“Join, champion, and unite the three pirate factions; Pirates, Corsairs and Buccaneers. Unite the three Pirate factions to gain access to their hero units and ultimately take down the Pirates of Black Cove and become King of all Pirates. Do you have what it takes or are you a weak land lubber?”

The game is set for release in the second quarter of 2011.

Key features of Pirates of the Black Cove include: