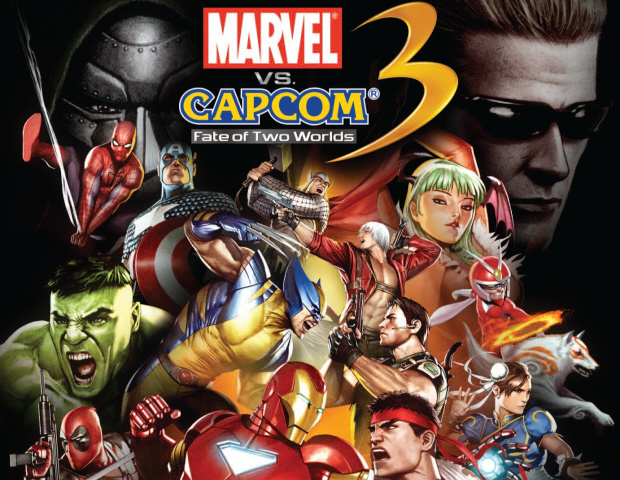 Our Marvel vs Capcom 3 walkthrough will guide you through the beginning to ending moments of cutscenes and gameplay for Capcom’s latest Versus series fighter on the Xbox 360 and PS3.

Marvel Vs. Capcom 3 is an explosive showdown between the heroes of the Capcom universe and the superheroes of the Marvel universe. After a decade of waiting, iconic Marvel and Capcom characters join forces again in team fighting action. Fill the shoes of legendary characters from both the Marvel and Capcom Universes, including massively popular characters such as Ryu, Wolverine, Iron Man, and Morrigan, as well as fan favorites such as Trish from Devil May Cry and the wise-cracking Deadpool. They all come to you battle in a living comic book art style powered by Capcom’s MT Framework, an advance version of the graphics engine used for Resident Evil 5.

Index of Marvel VS Capcom 3 Guides:

In Marvel VS Capcom 3, the evil Doctor Doom has joined together the greatest villains of the Marvel Universe and they have joined forces with Albert Wesker and his universe’s evil-doers in an attempt to conquer both worlds. As a result they awaken a great and powerful threat that could end up destroying both worlds. So it’s up to the heroes of the Marvel and Capcom universes to put a stop to this evil before it is too late.

The walkthrough begins with the first battle, the team I have chosen is one of personal preferance I would suggest using characters you are either familiar with or those you enjoy from a specific series, but feel free to mix it up a little I have chosen to use Dante, Deadpool and Zero.

Now it’s time to really start, try using chain combos this is the simplest of combos, use your attacks from weakest through to strongest to chain them together creating the chain combo.

Looking to throw your opponent across the room, press the directional button and heavy attack button together, your foe will be thrown in the direction you pressed.

Guarding can sometimes be the big deciding factor in any battle, you can guard while standing by pressing in the opposite direction of your opponents attack, you can also perform a guard by crouching at the same time.

Crossover assist’s are vital to playing in Marvel vs Capcom 3 use the P1 or P2 buttons to call in your partners to quickly jump in and attack your enemy before leaving the screen, to swap characters out simply hold down the P1 or P2 button.

X-factor can give your character a quick boost of speed and power so you will be able to gain the advantage in a battle, to engage the X factor byt pressing L+M+H attacks + Special attack together the easiest way to do this is to use the L+M+H button (this is usually your R2) and the special attack button.

When taking on Galactus be on your guard as often as possible, this is the key to winning this epic battle, Galactus will attack with both his fists and with an enormously powerful beam attack, this can do so much damage that being caught in it’s way that it can completely deplete your characters health in one shot.

This video shows an alternate playthrough of the campaign in single-player mode up to the final boss fight of the game.

If you have any questions about Marvel vs Capcom 3, please ask away using the comments section and I will do my best to get you an answer.