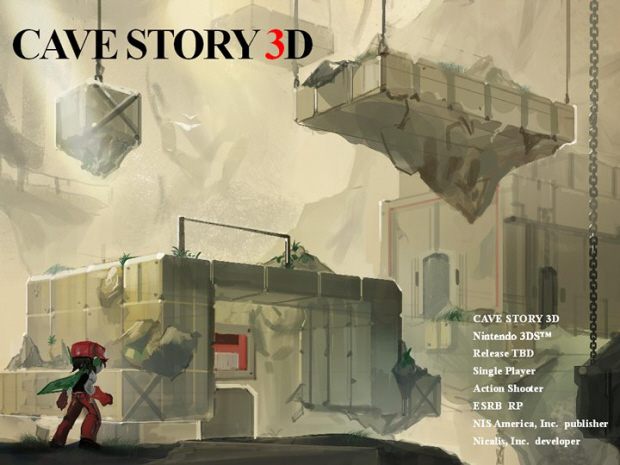 For better or for worse, Cave Story 3D will be the complete original game, but with one exception…. The entire game is being remade with all-new 3D graphics. That’s not to be confused with simply “stereoscopic 3D” that is, but everything from the environments to the characters will be made of polygons with all-new designs. The game will keep its side-scrolling gameplay however. And, since this is the 3DS, it WILL have innate stereoscopic 3D to make the environments pop out at you. Very nifty. The game will also include all-new content. 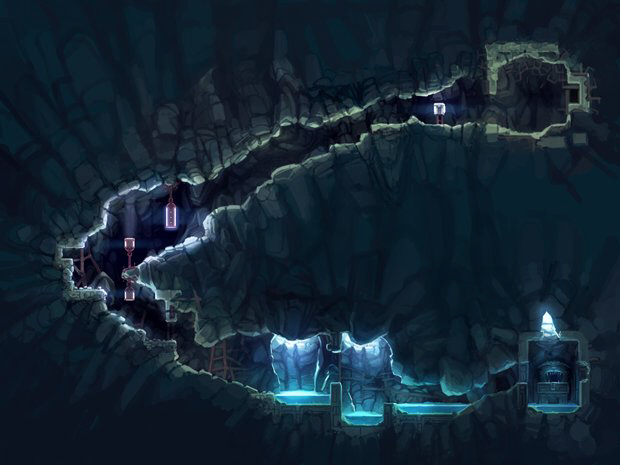 Additionally, the game will be getting a FULL RETAIL RELEASE for the first time ever. The game was originally a PC platformer developed and released for free by one-man studio Daisuke “Pixel” Amaya. It was later translated into English and grew a reputation as a great platform adventure that hearkened back to the early years of gaming.

In modern times it was finally picked up by developer Nicalis who did a full update of the game and released it for Nintendo’s WiiWare service last March. This version included a new English translation, updated character designs, enhanced graphics, a mode with remixed music, and new modes including “Boss Rush”, “Sanctuary Time Attack” and Curly Brace as an unlockable character. There are also special changes if you play the game on a holiday, namely Christmas Eve, Christmas Day or Halloween.

Cave Story was then re-released via DSiWare, with all the same updates as the WiiWare version in addition to a Jukebox mode that allows you to listen to the music (as long as you’ve heard it in the single-player mode).

Cave Story is a GREAT game. If you haven’t played it, go out and BUY one of the above versions as soon as possible, you won’t regret it!

Here is an interview with the creator and producer of the 3DS version.