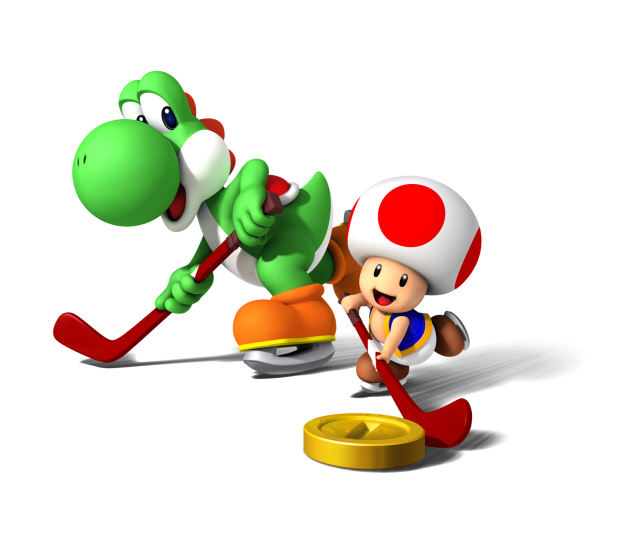 Now, in 2011, Square Enix has taken another shot at the series with Mario Sports Mix, a title that sees Mario taking a second spin on basketball (the first time was with Square Enix’s “Mario Hoops 3-On-3” for the DS in 2006) and tackling three all-new sports for the first time: Hockey, Dodgeball and Volleyball.

Like all of the previous Mario games, the gameplay is extremely simple. In most games you perform the main action by shaking the Wii Remote and pass by pressing the A Button. Pressing the A+B buttons at anytime will perform your character’s Super Move.

Players who were fans of the previous games will probably want to take a look at this game, although from my experience so far, non-fans need not apply.

Here is my “Let’s Play” of Mario Sports Mix for the Wii:

Part 1 — Intro: How To Play Basketball

Are you looking forward to playing Mario Sports Mix?