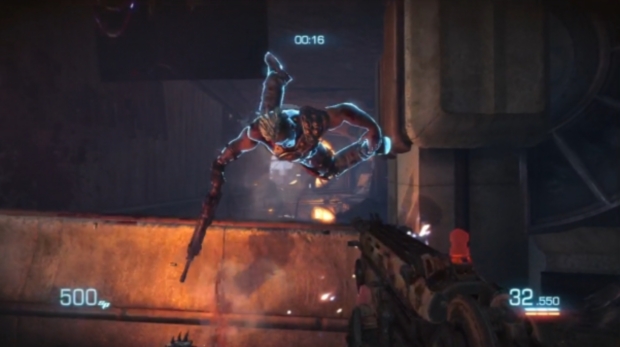 Bulletstorm is first-person shooter video game developed by People Can Fly and Epic Games, and is published by Electronic Arts for the PlayStation 3, Xbox 360, and Microsoft Windows. The game is currently scheduled for a February 22, 2011 release.

Players utilize a sizable arsenal consisting of over-the-top combat moves and large weapons. Bulletstorm also has a variety of “skillshots”. The skillshot gameplay system rewards the player for creating and inciting mayhem in the most creative and destructive ways possible. The more unusual the skillshot, the more points players acquire to upgrade their character, unlock weapons which allow the player to perform even more creative moves and exaggerated skillshots. If you keep repeating these epic creative moves your character will have what they call a max out, this means your character has been maxed to his very best, and will gain more skillshots and one shot kills.

Lets Take a look at all of this in action in my way awesome, butt kicking, bullet shredding!!! ok you guys get the point, lets watch the video.

So what do you think of the game? A return to the old school format of pile em high and shoot them down, or is it just another shooter with big potty mouth?