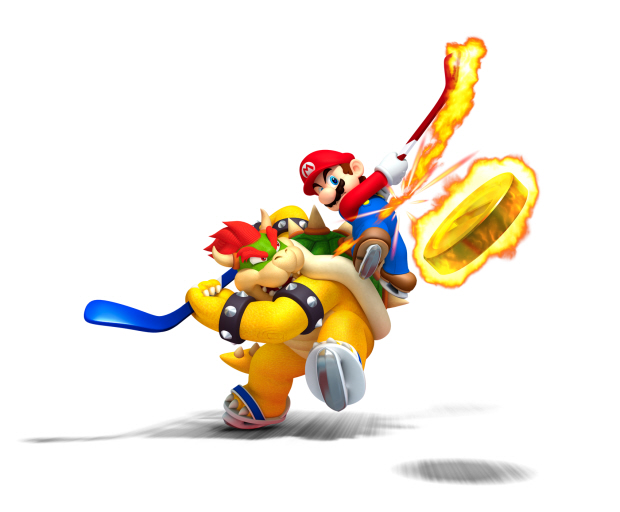 We here at Video Games Blogger just got Mario Sports Mix in the office. The game will be released on February 7th in America.

Along with our copy of the game came a very …. interesting …. extra.

What do you think it is? It’s a small box…. could it be a toy? A set of cards? Or… Something else?

And here, for your HUNGRY eyes, is the answer in video form!

Come Out and Play – On Mario’s Turf
Four great sports make their move to the Mushroom Kingdom: volleyball, basketball, hockey and dodgeball. Having four complete sports in one complete package is a great value for Mario fans, sports fans and everyone in between.