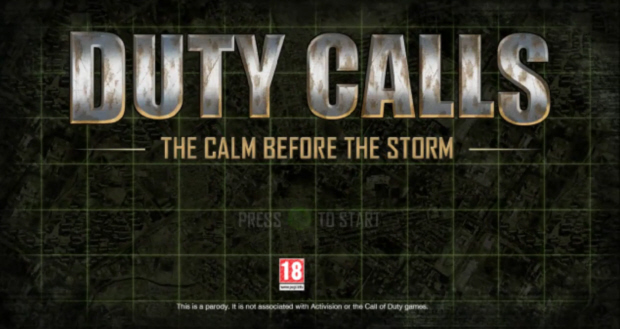 This time they are setting their sights squarely on rival Activision’s popular Call of Duty franchise. And instead of a video, you get a fully downloadable and playable FPS game!

Here is what the developer had to say:

“On February 22, the over-the-top shooter from Epic and People Can Fly — Bulletstorm — lands in stores. On that day it will deliver a swift kick to the face of the FPS universe.

To underscore how Bulletstorm puts the fun back in the gun, EA is releasing parodies that poke fun at some of today’s most serious shooters. First was the “Last Call” video that spoofed Halo 3’s famous diorama commercial. Today we’re back with a fully playable FREE downloadable game that takes on some of today’s most popular shooters.

Here is our playthrough of Duty Calls!

Key features of Duty Calls include the following epic aspects:

In case you missed it, here is the “Last Call” video that spoofs Halo 3’s famous diorama commercial.