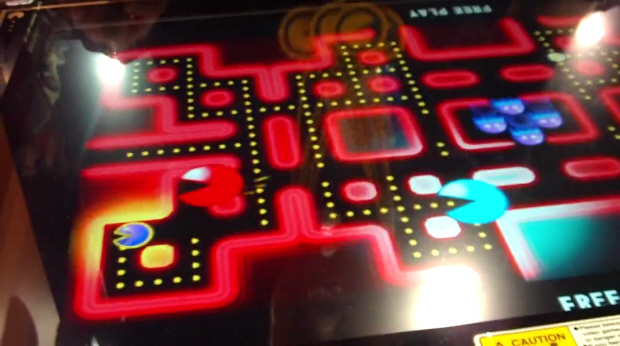 Pac-Man: Battle Royale is a four-player multiplayer cocktail-table arcade game Namco released to celebrate Pac-Man’s 30th Anniversary. Since the iconic yellow Dot that eats other Dots started out in the arcades, Namco saw it fit to return him there for his 30th bday.

The game itself is a 4-player battle game (complete with the word “Fight” before each round) in which, for the first time in history, you can eat other Pac-Men! The game is modeled after the hit Xbox Live Arcade “Pac-Man Championship Edition” with a flashy neon maze that changes as you play. By eating a Power Pellet, Pac-Man grows to a monstrous size! He can then not only eat Ghosts and Pellets, but he can eat OTHER PAC-MAN players (if you are both facing each other and big then you’ll bounce off). There is no score either, so the point is literally to eat your opponents! 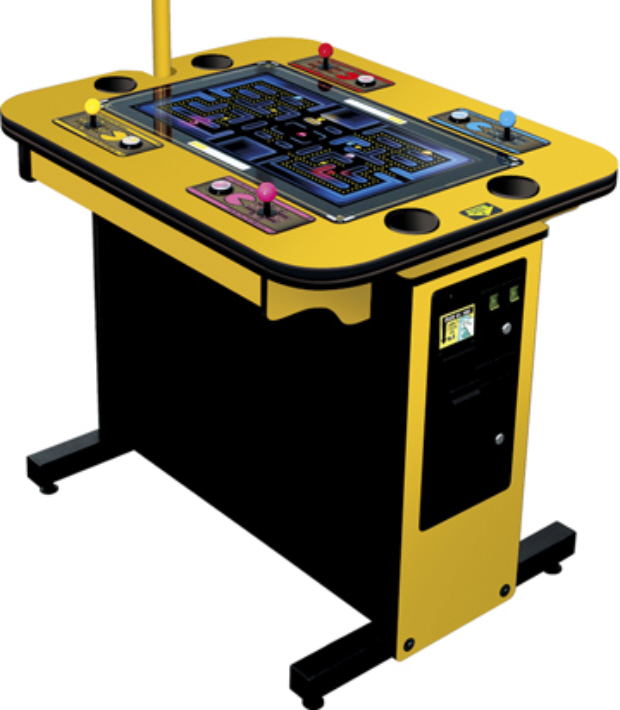 The game has now been released in the United States for personal use (the coin-slot version for business purposes will be released at a later date) and you can order one from US arcade distributors like BMI Gaming. The machine has a price tag of $4,275 dollars. You can use web-sites like Aurcade or ArcadeFly to find a possible arcade near you that might have a machine. Good luck finding one!

Hopefully this arcade title will be a big boost to arcade operators, and hopefully Namco will have the sense to release “Battle Royale” as an awesome new mode for Pac-Man: Championship Edition Deluxe! Or as a separate title on WiiWare, PlayStation Network, Xbox Live Arcade, iOS (iPhone, iPod Touch, iPad) and/or Steam.

Here is a video of Pac-Man Battle Royale in action!

Thanks to theatarian for the video. Via Joystiq