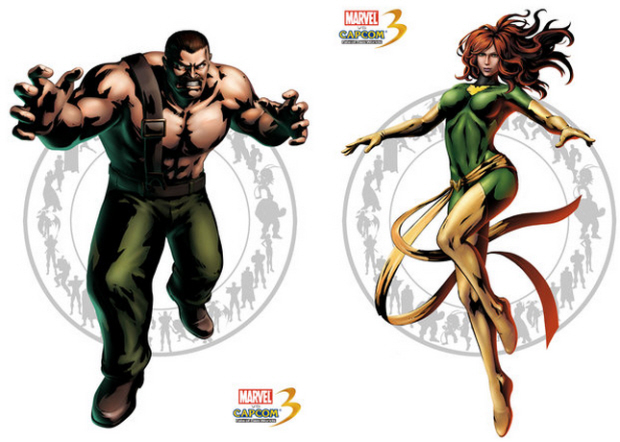 “Mutant Jean Grey became the receptacle for the powerful Phoenix Force, granting her near god-like powers when it becomes fully active, as it unleashes the fury of the Dark Phoenix when Jean is knocked out with a full Hyper Combo gauge. Other Marvel characters revealed include Storm, She-Hulk, Magneto, M.O.D.O.K., Spider-Man, X-23, Dormammu, Thor, Deadpool, Hulk, Wolverine, Iron Man, Captain America, Doctor Doom and Super-Skrull.”

Here is Phoenix in her MvC3 debut!

And we top off the awesomeness with this all-new commercial! Not only is it flatout badass visually, but the music was composed by rapper David Banner, responsible for the Gatorade ad campaign (Evolve). His newest album “Death of a Pop Star” is now in stores.