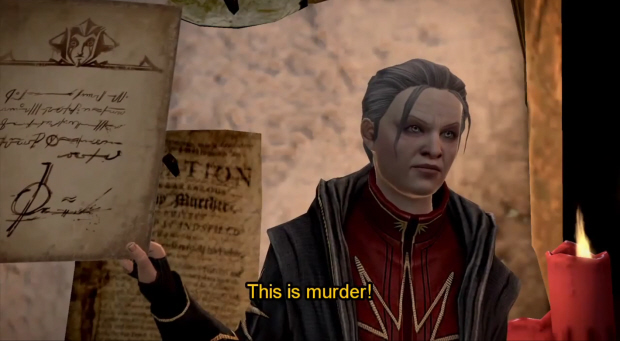 Dragon Age 2: The Exiled Prince has been revealed as the first downloadable content for the upcoming RPG. The Dragon Age 2 release date is on March 8, 2011 for Xbox 360, PS3 and PC.

The story of the expansion centers on “Sebastian Vael” who is on a quest to avenge the murder of his family and slay his enemies to reclaim his throne as the sole surviving heir. Players will be able to recruit Sebastian as a noble archer who will then follow alongside you throughout the rest of the game. The DLC is a three-mission pack that is free for those who pre-ordered Dragon Age 2 and upgraded their copy to the”Signature Edition”. The Dragon Age 2 Signature Edition also includes a digital soundtrack and exclusive in-game digital armory with a variety of unique weapons.

The Exiled Prince will be available for purchase separately for $7.00 on PS3 or 560 Microsoft Points on Xbox 360.

“Our goal for the Dragon Age II DLC is to extend Hawke’s journey and the Dragon Age universe by introducing additional characters with meaningful storylines and intense, dynamic missions,” said Mark Darrah, executive producer. “Not only will ’The Exiled Prince’ allow players to experience Sebastian’s powerful revenge story, but they will also be able to utilize him as a follower throughout Hawke’s rise to power in Dragon Age II.”

Here is a trailer for the DLC.