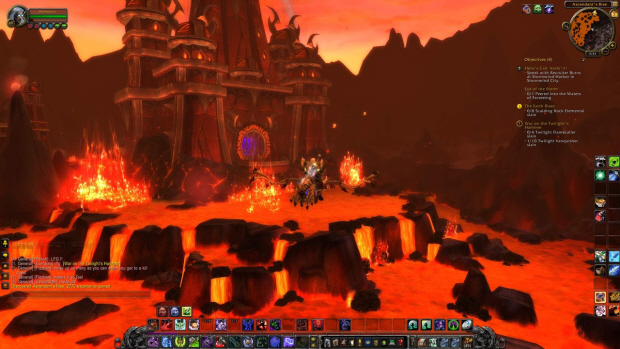 World of WarCraft: Cataclysm, the latest expansion for the extremely popular MMO, has become the best-selling PC game of all time! The expansion pack sold a whopping 3.3 million copies worldwide in only 24 hours!

This milestone eclipses the previous record of more than 2.8 million copies sold in 24 hours, set in November 2008 by Blizzard’s second and previous World of Warcraft expansion, Wrath of the Lich King.

World of Warcraft: Cataclysm was simultaneously released in the United States, Canada, Mexico, Argentina, Chile, Europe, Russia, Southeast Asia, Australia, and New Zealand on December 7, and became available in Korea and the regions of Taiwan, Hong Kong, and Macau on December 9. More than 10,000 stores throughout the world opened their doors at midnight to welcome players who wanted to be among the first to obtain a copy of the expansion.

In addition, approximately 15,000 players attended official launch events hosted by Blizzard and key retail partners in the US, Canada, France, Germany, Russia, Sweden, the Netherlands, Spain, the UK, and the region of Taiwan.

“We had to bring Azeroth to the brink of destruction in Cataclysm, but the result was our best expansion yet,” said Mike Morhaime, CEO and cofounder of Blizzard Entertainment. “We want to thank all of our new, existing, and returning players throughout the world for their incredible enthusiasm and support, and we look forward to hearing what they think about all the new content.”

Prior to the launch of Cataclysm, World of Warcraft’s subscriber population had grown to more than 12 million players globally, further strengthening the game’s position as the world’s most popular subscription-based MMORPG.