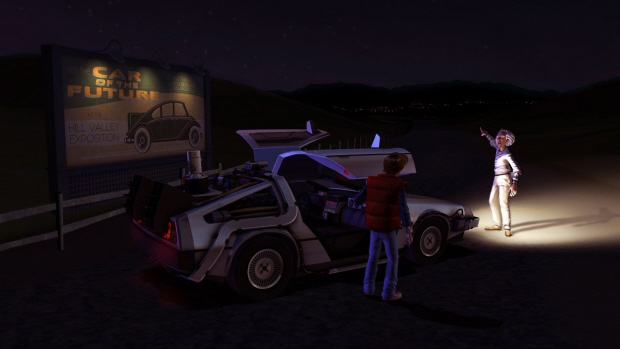 Back to the Future: The Game – Episode 1: It’s About Time, has a release date of December 22, 2010 for PC and Mac, with a PlayStation Network and iPhone release soon thereafter.

The downloadable series of adventure game episodes from TellTale are based on the classic movies with both Christopher Lloyd and Michael J. Fox providing the likeness for their characters with Lloyd also doing voice acting for Doc Brown. Marty McFly is not voiced by Michael J. Fox but instead by newcomer AJ LoCascio whose voice is spot-on for the character.

The game also features the writing talent of Bob Gale, writer for the first three films, who is also assisting the developers in making sure that the game is as accurate as possible to the films.

You can buy the game at the official Back to the Future: The Game web-site.