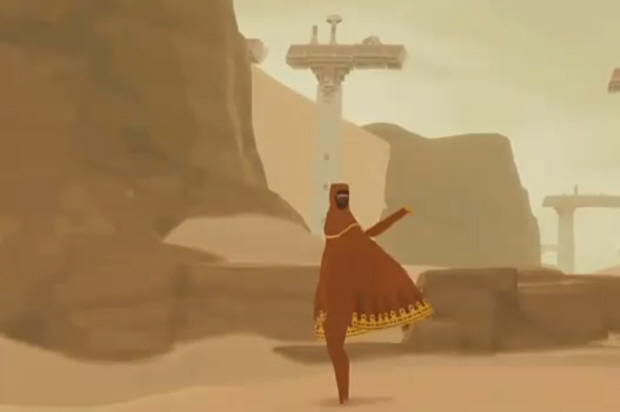 The first trailer for Journey has been revealed. If you haven’t heard of the game before, it’s the next title from ThatGameCompany, creators of critical darlings FlOw and Flower.

Like those previous games this one too is a PlayStation 3 exclusive via the PlayStation Network.

Journey is a very unique game in which players traverse barren landscapes for an as of yet unknown goal with only the ability to explore and . . . sing, which can alert you to the presence of other people playing online on their own journey’s of discovery.

The trailer shows gameplay footage for the first time, and the game looks just like it did in screenshots, which is beautiful and atmospheric.

This is a game that has real deep meaning hidden behind the simple gameplay, as the game was inspired by the sense of loneliness that astronauts who have walked the moon felt. An idea the creator decided to explore due to his conversations with people who knew those lucky few who had achieved the crown achievement of exploration and lived to tell the tale.