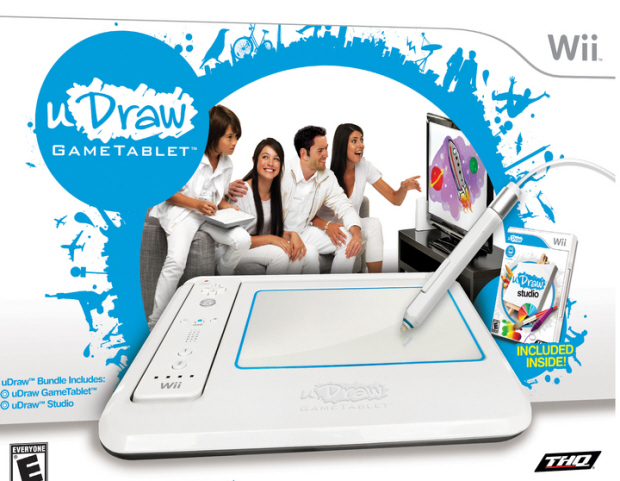 The uDraw Tablet for Wii is a unique art tool that works just like a PC tablet — a device that allows you to draw on a computer using a stylus as if you were drawing on pencil & paper.

The launch “game” for the uDraw Tablet and the game packed in was “uDraw Studio”, essentially an art title that allows you to draw and create paintings that you can then save to an SD Card.

However THQ has promised extensive support for the title, and has revealed that they will support the Tablet through 2012, with four to five titles coming in between April 2011 and March 2012.

One of those games will feature Spongebob Squarepants, revealed CFO Paul Pucino in speaking at the UBS Annual Global Media & Communications Conference. The only other game released so far is “Pictionary”.

It’ll be interesting to see exactly how successful the uDraw Tablet is. In my opinion it’s an amazing idea and one that I can’t believe took so long to be made. I hope it’s a success, this kind of software for consoles is something I would like to see more of.