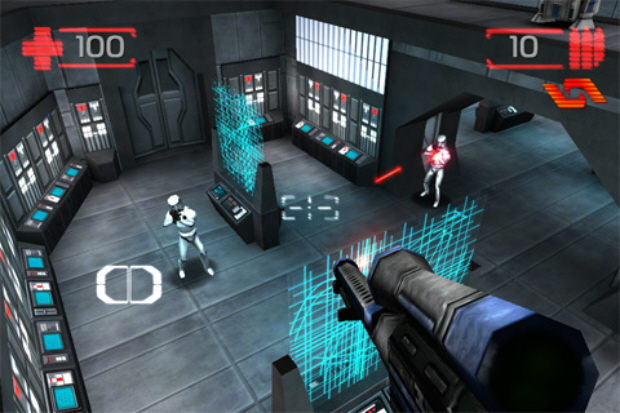 Star Wars: Imperial Academy has been released to the AppStore and is now available on iPod Touch, iPhone and iPad.

The game is a classic deathmatch-style first-person shooter set in the Star Wars universe where players can kill each other and level up in order to unlock new weapons and armor with which to outfit their Imperial Academy recruits with.

The game is available for free, although you can spend money if you so desire to pay your way to the top via microtransactions on various weapons and armor.

Here is a gameplay video of the game in action.