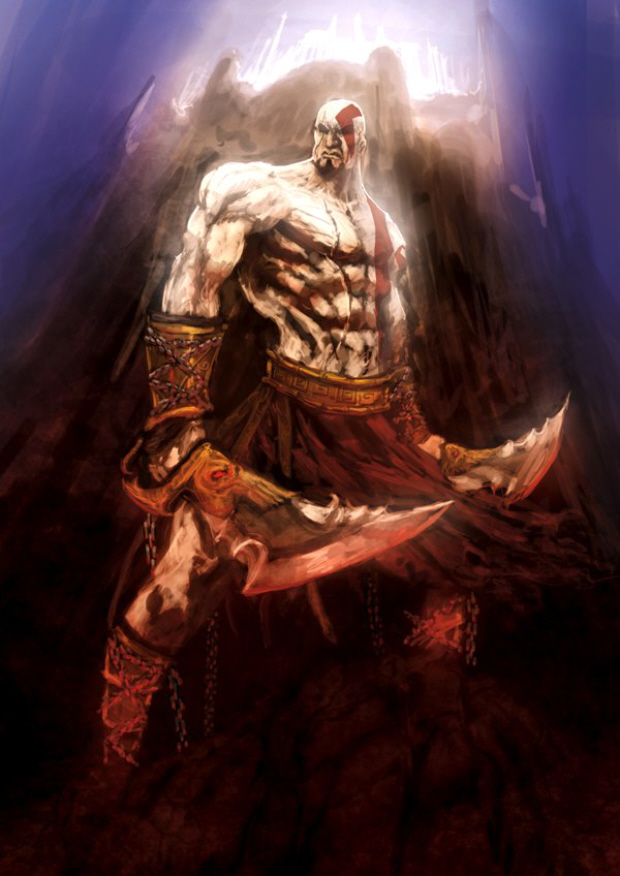 Mortal Kombat 2011 gets Kratos of God of War fame exclusively for the PS3 version of the game revealed OPM magazine.

Looks like Warner Bros. Interactive and Netherealm are pulling a Soul Calibur with their upcoming reboot! (Soul Calibur 2 featured Heihachi of Tekken fame playable on PS2, Link on GameCube and Spawn on Xbox while Soul Calibur IV featured Darth Vader on PS3 and Yoda on Xbox 360),

Naturally, since the PS3 is getting Kratos, you have to assume that the Xbox 360 version may recieve it’s own exclusive cameo appearence for that platform’s version of the game. Could Marcus Fenix or Master Chief be joining the Mortal Kombat universe?

Kratos will apparently be fully playable only in versus mode, but will come complete with a full unique moveset and his own unique fatalities! HELL YEAH!

Either way you shake it, this is extremely exciting news. Not only does Kratos fit the Mortal Kombat universe fairly well, but it will be interesting to see him transplanted into a side-scrolling fighting game style and go toe-to-toe with MK big-leaguers like Scorpion, Sub-Zero and Cyrax.

By the way, here is what God of War 1 director David Jaffe had to say about the Kratos in MK2011 news:

“LOVE that Kratos is in the new MK. So bummed he’s not in the story portion. Heard about it from Ed at E3 this year and had to keep super mum on it but man, ****ing LOVE it. He totally fits in that world. I **** you not- on some level I feel like all the characters I work on are alive and that I have a relationship with them and I can tell you, if I know Kratos- and I do!- he’s ****ing LOVING his time in the MK Universe. I bet he makes a **** ton of friends there. He should pull Zeus in and ****ing leave his a** there!”

Here is a video showing off intro quotes for the MK2011 cast from the official site which revealed the above new characters.

This won’t however be the first fighting game to feature Kratos. You may recall that Kratos is a playable character in Soul Calibur: Broken Destiny on PSP. But that game didn’t feature fatalities now did it?